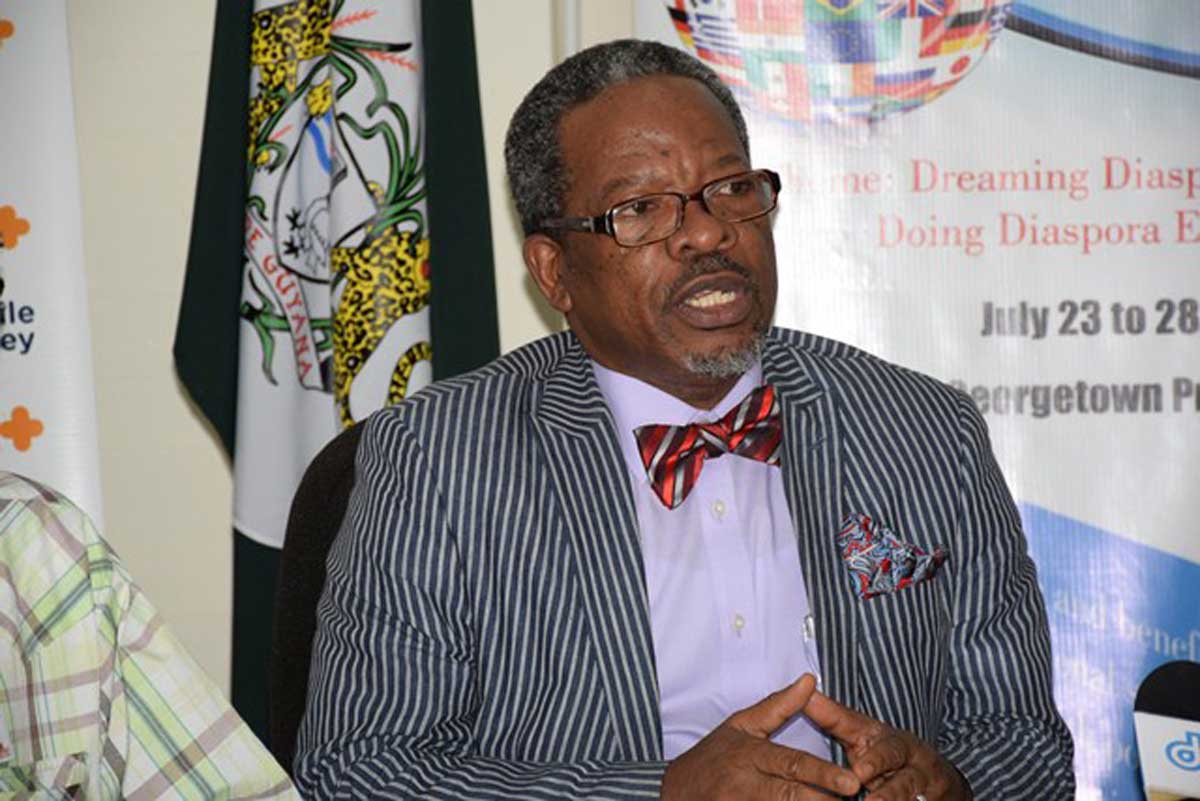 The University of Guyana (UG) is modernising its campuses in preparation for the September semester. In an interview with the Department of Public Information (DPI,) Vice Chancellor, Professor Ivelaw Griffith, said works have already started to outfit lecture theaters with air conditioning. He explained, “We’ve got to try to create the physical environment that is more hospitable to working and to studying and to doing research.”

UG has also boosted its ICT connectivity on all its campuses through an agreement that was recently signed between the University and the Ministry of Public Telecommunication. “They can expect full Wi-Fi on this campus wherever they go and that is a signally important achievement,” Professor Griffith added. Better dormitory facilities will also be available when the semester begins at the end of August.

Incoming students at the University can also expect “curriculum innovation”. UG’s academic board has recently approved several new programmes which include:

“There’s a list of new degree programmes baccalaureate(Bachelor’s) and post grad. There is some new degree programmes coming on board as well in the next academic year,” Professor Griffith said. These improvements are all part of the University’s rebranding to modernise its campuses and curriculum.

During the signing which was held in the Vice Chancellery Building, on the Turkeyen Campus, Professor Griffith who expressed his elation and gratitude to those in attendance, described the signing as “symbolic” while adding that it is a substantive demonstration on what the university intends on doing over time. Speaking briefly on the agreement which was signed by the minister and himself, Griffith noted that it is a read more here

The National Data Management Authority (NDMA) of the Ministry of Public Telecommunications and the University of Guyana will soon co-sign a vital agreement to significantly upgrade the internet and other ICT platforms on all University of Guyana campuses and Centres around the country.

According to a release from the Ministry, the University’s technical team was led by Professor Paloma Mohamed-Martin, Deputy Vice Chancellor of Philantrophy, Alumni and Civic Engagement and Communications; Dr. Fitzgerald Yaw, Director of the Office of Strategic Initiatives; and Rayman Khan of the Centre for Information Technology.  The NDMA’s technical team was led by its Chairman Floyd Levi and included Dr. Samantha Scotland and Director Malcolm Williams.

“Two teams have been collaborating over the past few months and together they conducted a detailed assessment of the existing fibre optic system on the Turkeyen, Tain and John’s campuses to determine what additional facilities would be required to connect them as a network.  The collaboration has also produced a campus Wi-fi hotspot system and saw the installation of two state-of-the-art Teleconferencing Suites at Turkeyen and Tain. These will be used in online delivery of courses between the campuses in Guyana and with international institutions.  The campus fibre network will also be connected to the Georgetown fibre optic network,” the release noted.

At the signing, the university is expected to demonstrate the uses of the Teleconferencing Suite, a gift from Huawei Technologies of China which the NDMA has reconfigured for compatibility with the local fibre network.  The collaboration between the University and NDMA also includes some key synergies at the Ministry’s Centre of Excellence in Information Technology (CEIT) which is located on the Turkeyen Campus.  The parties have committed to sharing research, instructional skills and materials.  The CEIT is funded by the Government of India.

For the Ministry of Public Telecommunications, this is a key element in its national ICT initiative which has Education as its main pillar.  From the University’s platform, the administration is gearing to achieve optimal delivery of tertiary level tutelage by upgrading the physical and technological infrastructure and Guyana’s human capital.

The MOU is expected to be signed by Minister Catherine Hughes and Vice Chancellor Professor Dr. Ivelaw Griffith by the end of April 2017.