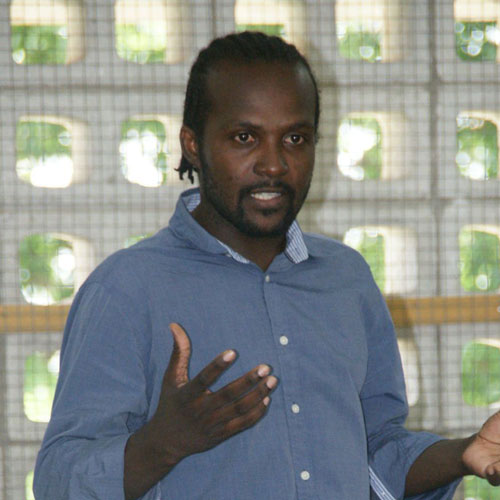 About the Dean, Faculty of Natural Sciences

Troy Thomas is the Director of Undergraduate Research at the University of Guyana. He holds a PhD in Comparative Science of Cultures with a focus on survey methodological issues from the University of Ghent. For some time now, he has been involved in research on response styles in surveys with a focus on methods for and approaches to measuring and correcting for response styles while analysis survey responses. Apart from response styles, he has been engaged in research on technology adoption in education and on social issues including institutional trust and poverty. To a large extent, his work in these areas has been focused on measurement and data analysis issues.

Dr Thomas also holds and MSc Statistics: Quantitative analysis in the social sciences track (University of Leuven) and an MSc in Development, Policy and Analysis, a Graduate Diploma in Education (Mathematics) and a BSc Mathematics from the University of Guyana in addition to being a graduate of the Cyril Potter College of Education. At the University of Guyana, he teaches mathematics and statistics in the Department of Mathematics, Physics and Statistics and collaborates across faculties to deliver courses such as Biostatistics at the graduate level.

At 36 years old, Dr Thomas has been a Lecturer at the university of Guyana for approximately 12 years and was a teacher of mathematics in the secondary school system of Guyana for 9 years prior to full-time employment at the University. He began teaching mathematics in Wakenaam where he grew up upon completion of his secondary education at the Anna Regina Secondary (Multilateral) School. In addition to academic engagements, Dr Thomas is active in civil society. In particular, he is the President of Transparency Institute Guyana Inc. which is a chapter in formation of Transparency International.

Dr Thomas is also a husband and a father. He is father to two boys; one of almost 3 years and the other of approximately one month. Though he works long hours, even he knows when it’s time to stop and play with toy cars, build structures, crawl through tunnels and read children’s books. He has developed specific expertise in repairing toys, mimicking the voices of some favourite cartoon characters and giving warm baths.