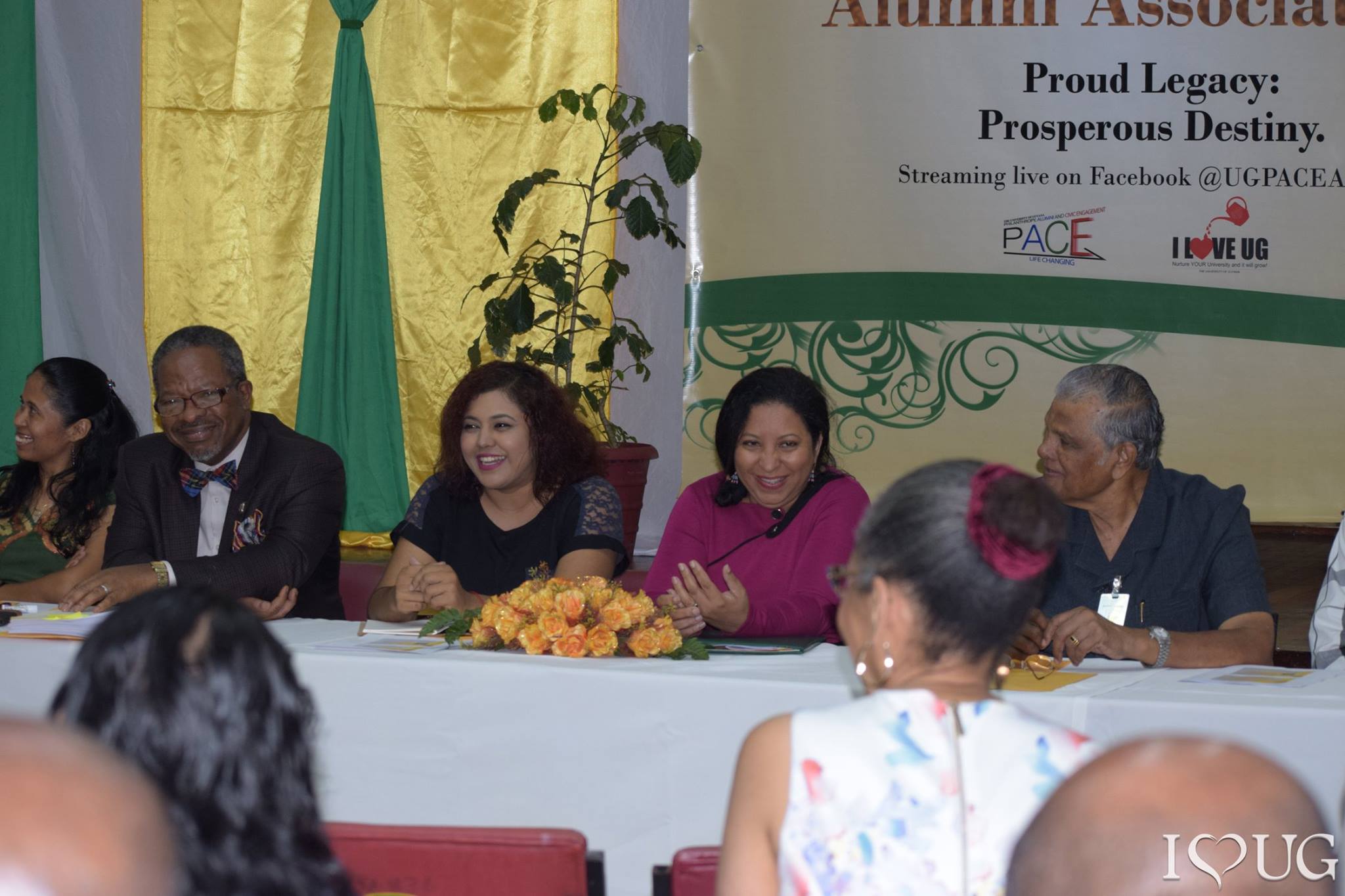 On June 1, the University of Guyana (UG) launched its alumni association under the theme Proud Legacy: Prosperous Destiny.

According to Vice Chancellor Ivelaw Griffith the creation of the association which comes more than 50 years after the opening of UG is part of a renaissance journey to rebuild a university that has for a variety of reasons suffered neglect.

He said that the rebuilding cannot be left to one set of stakeholders and acknowledged alumni as critical to the process.

Quoting the former United States President John F. Kennedy, Griffith noted that you can tell the greatness of a university by how its products have contributed to their society before adding that UG’s greatness is not only reflected in alumni contributions to Guyana but also to the Caribbean and the world.

The VC stressed that these amazing products can now help to rebuild the institution and called specifically on those who attended free of cost in the 70s and 80s to honour their obligation to help rebuild the place where they gained so much.

Chancellor Nigel Harris was absent from the launch but sent a message which was read by Pro-Chancellor Joseph Singh. In the message, Harris noted that the launch will be remembered as one of the more important milestones in UG’s history and said that it is important that UG celebrate its alumni and that alumni celebrate UG.

Mobilization of alumni is critical to the realization of UG’s vision of the future, he explained, adding that they can offer the university advocacy in the business community, regional and international agencies, as well as government and civil society to generate support for programmes and projects for its development.

Other possible areas of contribution include mentorship, internships and personal donations.

In the area of personal donations, Harris noted that donor agencies often ask universities what percentage of alumni give back, not how much they give but how many of the alumni support the institution.  Working to secure the stature of UG will help alumni when asked to give assurance of the value of their degree, he concluded.

Deputy Vice Chancellor Paloma Mohamed who as the head of the Office of Philanthropy, Alumni and Civic Engagement (PACE) has been at the forefront of efforts to bring the alumni association to reality explained that while UG has populated the world it was a steep, hard climb back into the hearts and trust of alumni .

“It’s a tremendous job, a lot of hard work to bring people back,” she said, before acknowledging past efforts of those such as Marlene Cox who worked in Alumni relations.

Mohamed explained that the Turkeyen Chapter of the association was the first of five to be launched this year. Berbice is set to be launched on June 27, New York at the end of July, Toronto on July 18 and London later in the year.