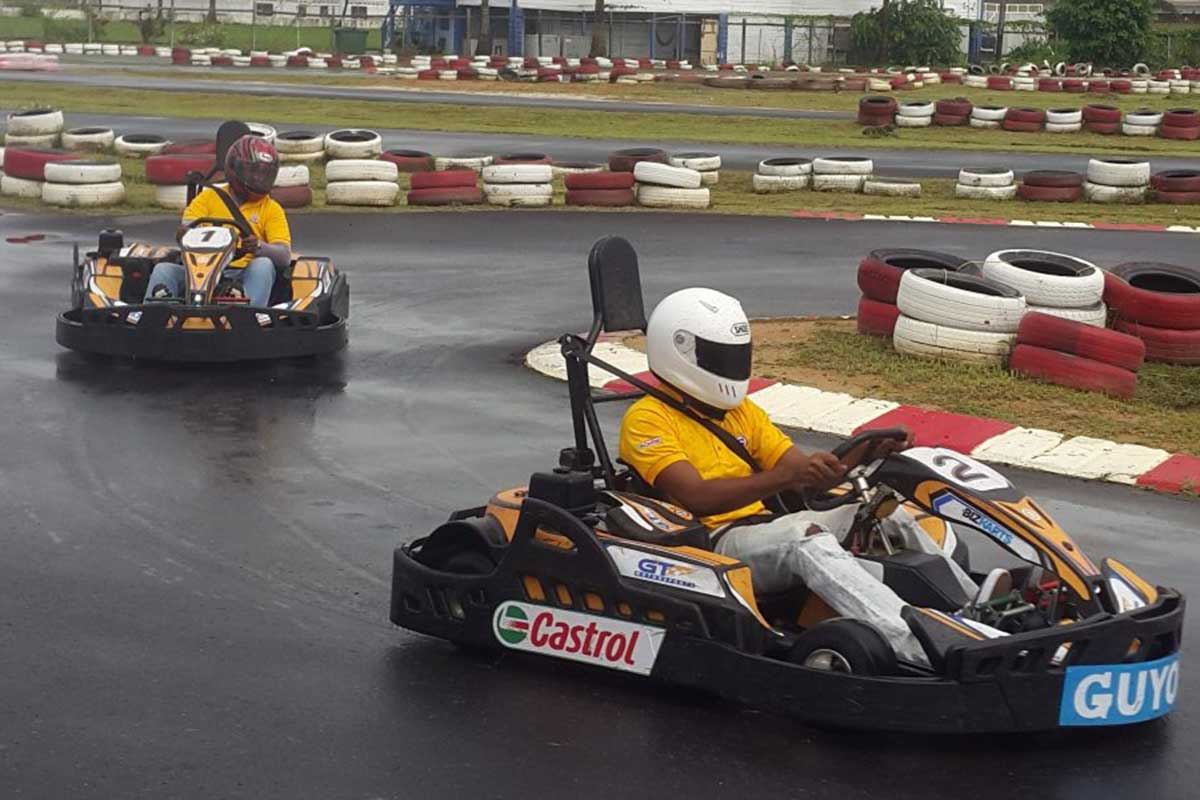 The University of Guyana’s (UG) ‘Race for Pace’ fund-raising Go-kart event on Sunday at the GT Motorsports track was a huge success with the organisers meeting their target of $4M for the Student Support Fund. It was a day of fun, thrills and spills and the rain only contributed to the excitement, as persons gathered to race for a good cause.

While the race of the day featuring Vice-Chancellor of the University Dr. Ivelaw Griffith and Professor Suresh Narine had to be postponed because of time and wetness of the track, that did not stop the event from having some good races early on.

The Alumni and Friends ended up being the most star-studded race with Deputy Mayor Sherod Duncan and lawyer Darren Wade finishing fifth and sixth respectively. However, Christopher Persaud won the race, while Azad Hassan finished second and Gavin Persaud third. Duncan and Wade agreed to the fact that the cause of the fund towards aiding students in need was definitely a good move by the University while commending Deputy Vice-Chancellor Dr. Paloma Mohamed for her initiative with the fund.

Vice-Chancellor Dr. Griffith also highlighted that such an event is not just important because of the impact it will have on students in need, but also the impact on student/staff relationships that can only develop campus life.

Meanwhile, Dr. Mohamed, the brainchild of the event, shared the importance of the University helping students in need and using sport as a means of impacting student life both on and off campus. In addition, Dr. Mohamed was enthusiastic of the event becoming an annual staple on UG’s calendar of activities.

UG’s Sport Coordinator Lavern Fraser-Thomas mentioned that such events highlight the impact sport can have on society and noted that more events of this nature are needed not just on campus but holistically to help athletes in general.

The top race of the day, which was postponed, will be held at a later date.