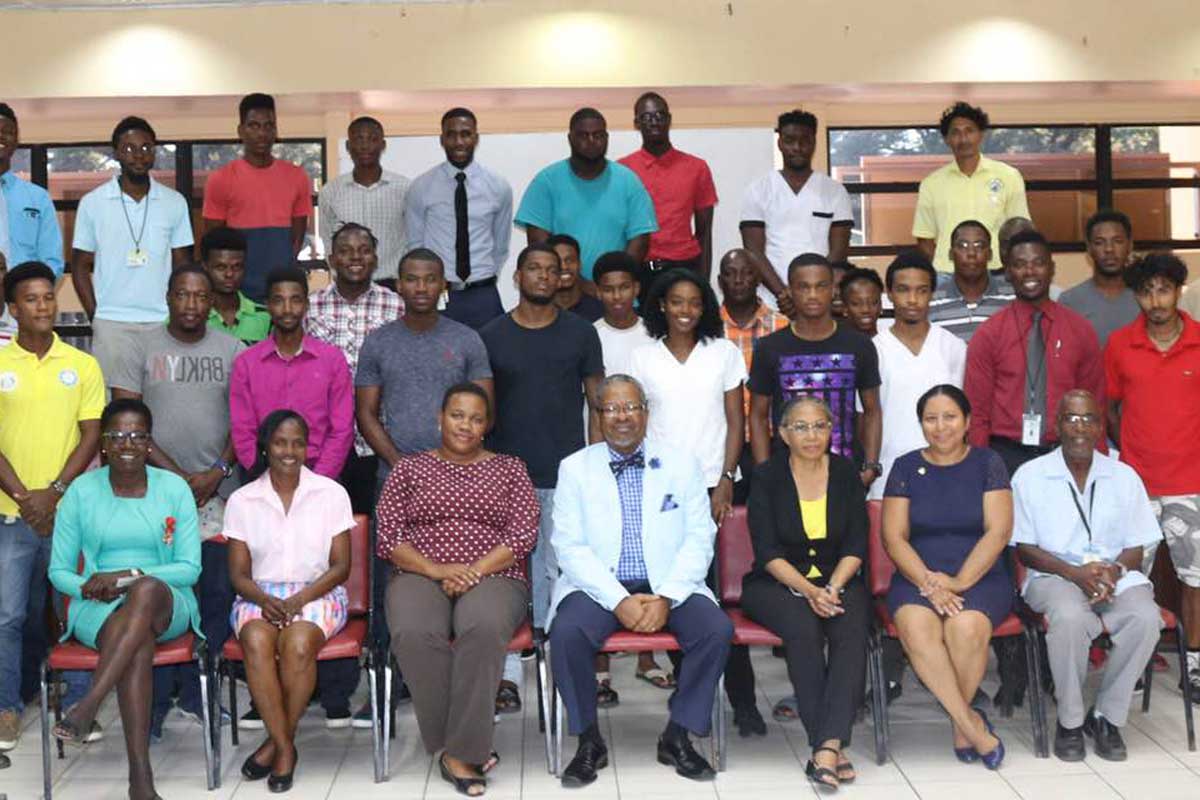 Some 41 student/athletes from the University of Guyana (UG) are set to depart Guyana today and tomorrow for the Organization of Universities of Latin American and Caribbean (UDUAL) Games in Curacao.

The games, which are scheduled to run from November 23- 27 will see participation from countries including Bonaire, Panama, Santa Domingo, Guyana and host Curacao.

The Guyana contingent will compete in four of the disciplines.

Along with the returning basketball team, for the first time UG will have teams competing in the chess, table tennis and track and field.

Ahead of the team’s departure, Vice Chancellor, Dr. Ivelaw Griffith and some members of the governing body had a brief meeting with the athletes on campus yesterday. Dr. Griffith, in his opening remarks, urged the students to have respect for themselves, their sport, their university and the country bearing in mind that they are ambassadors of the school and the country.

He also stressed the point that they would be around other athletes from different parts who have different cultures and emphasized on how this would be a learning experience for each of them.

“Sometimes student/athletes are so caught up in their sports and games that they take for granted that they are representing the university and so you are likely meet persons from other universities who would be curious to learn about your university. They would be persons who may not know much about Guyana and so they would want to ask questions and learn just as much as you may want to learn about theirs. So I would like you not to take for granted that you would be asked questions about UG and Guyana. What can you tell them about UG? What can you tell them about Guyana?” the Vice Chancellor challenged the athletes.

He reiterated the importance of being knowledgeable of UG and Guyana so that while they are going out to compete to the best that they can, that they are also going under the banner of the school and country. “Ensure you know something about your country because when you wear that flag or UG paraphernalia, people are going to assume you know about what you’re representing. You are ambassadors.” he added.

Members of the management team traveling with the contingent urged that the student/athletes to be respectful and have fun. The dedication, focus and drive of the athletes as they prepare for the upcoming games while being focused in school was acknowledged.

However this is not going to faze them as one of the country’s top player Davion Mars said.

The athletes are confident that they are as properly prepared as they can be and it is their aim to do as best as they could during their time in Curacao.