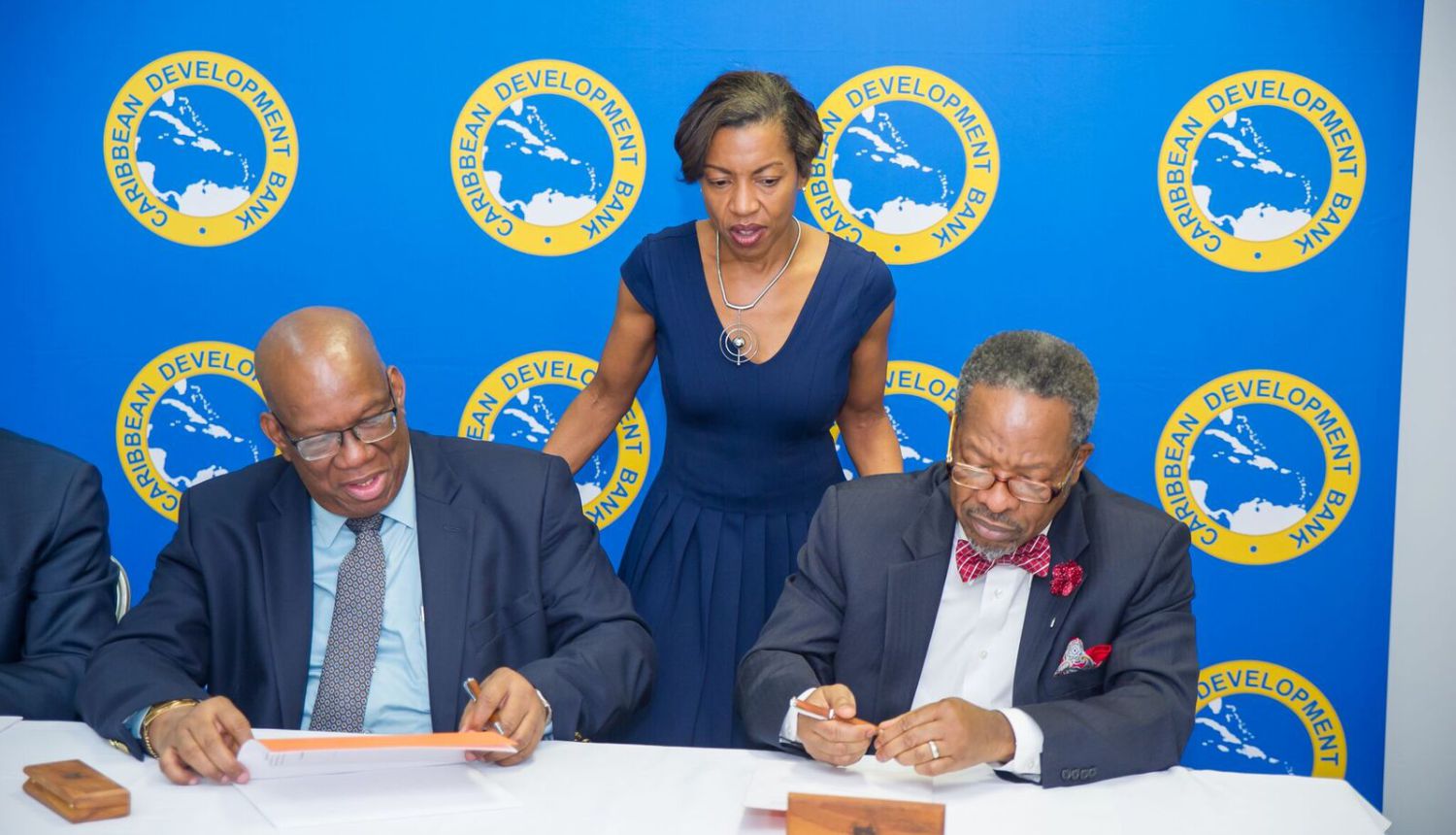 UG to get new, modern library

The University of Guyana is slated to get a new, modern library, with funding from the Caribbean Development Bank (CBD), the Government and the University finalized technical aspects of the project. In a statement Wednesday, the Ministry of Finance said the library will be a “gender-responsive, socially-inclusive and environmentally resilient facility.” The Ministry said the CDB had approved US$149,985.00 in grant funding for the project, while the Government and the University will contribute approximately US$26, 000. The funding will go towards the preparation of final designs and cost estimates. The new library will be situated on a plot of land west of the current library.

The agreement for the project was signed on Tuesday by Minister of Finance Winston Jordan, President of the CDB Dr. Warren Smith and the Vice Chancellor of the University Dr. Ivelaw Griffith. The Ministry of Finance noted that over the years, UG has had difficulty accessing funds to maintain the present library, its other buildings or to construct newer buildings to cope with its ballooning student population.

Despite this, the Ministry stated that the University had made incremental changes to the library including the removal and disposal of asbestos from certain areas and the rewiring of the building. But these improvements still left the library with other infrastructural challenges. “The infrastructural enhancement project which will begin immediately will be implemented by UG through the Office of the Deputy Vice-Chancellor, Planning and International Engagement. “A Project Steering Committee (PSC) will have responsibility for the coordination and overall guidance of the project,” the Ministry stated.

Minister Jordan, Dr. Griffith and other senior functionaries of the Ministry of Finance are currently attending the 48th Board of Governors meeting in Grenada. The Ministry noted that the partnership between Guyana and the CDB most recently resulted in an agreement by the Bank to lend its resources with that of the United Kingdom/Caribbean Infrastructure Fund (UKCIF) to fund the waterfront renewal in Georgetown; upgrade the first phase of the Linden to Lethem Highway; and construct a bridge across the Essequibo River at Kurupukari.

The Ministry said too that the CDB has also committed an estimated US$6.145 M to the 9th Cycle of the Basic Needs Trust Fund, which will be expended on projects and activities that contribute to inclusive and sustainable economic growth, reduce poverty in poor and rural communities, improve access to critically-needed services.