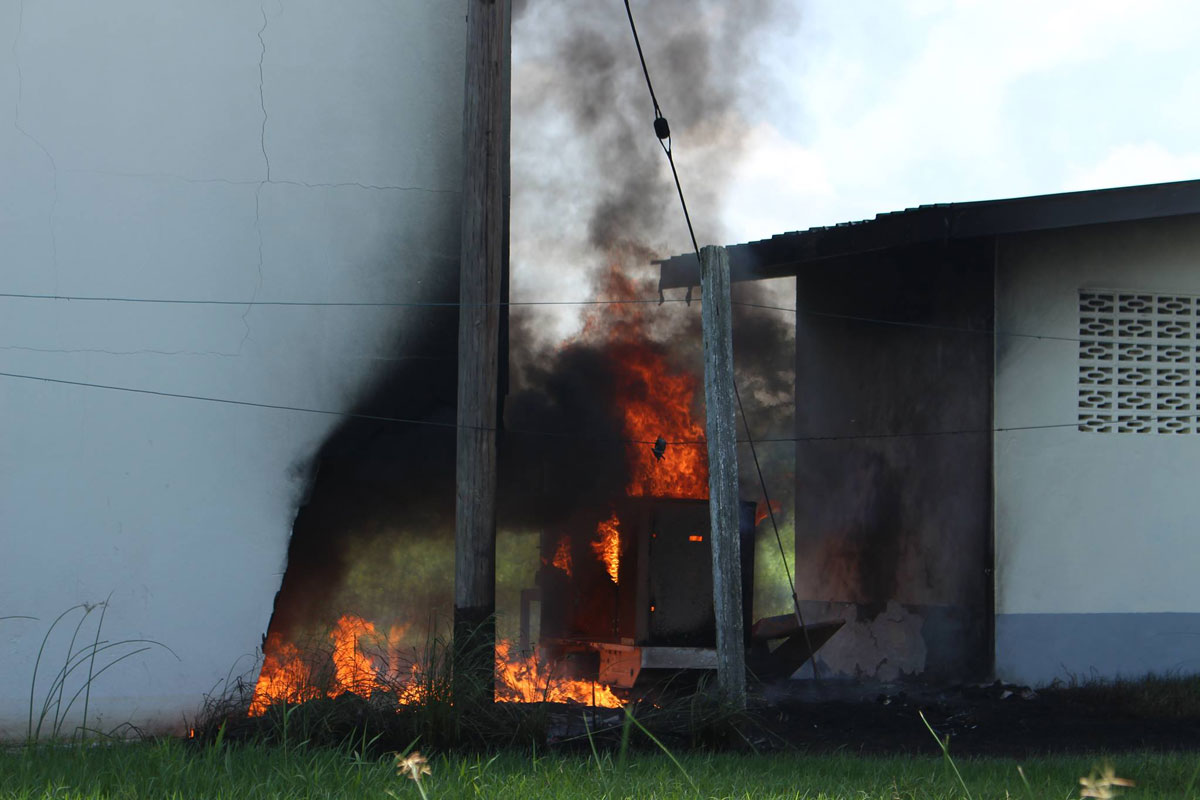 The University of Guyana is working with the investigators from the Guyana Fire Service and Guyana Police Force to determine the cause of a small fire which started at around 10:00 h on Tuesday, March 8, 2017. The fire is reported to have originated at the Digicel-owned generator located on the southern side of the recently refurbished Faculty of Health Sciences building on the Turkeyen campus. The fire affected only the back stairwell of the building, and caused some water and smoke damage in the vicinity. There have been no reports of injuries to either students or staff members.

Vice-Chancellor Ivelaw Lloyd Griffith, who is traveling on official business, received a call earlier today from the CEO of Digicel Guyana, Mr Kevin Kelly, who apologised for the damage and the inconvenience caused to the university community by the fire. The cause of fire is under investigation. The Vice- Chancellor applauded the professionalism of the Guyana Fire Service and is grateful that there were no injuries. He also thanked UG’s Security and Estates Management teams, and members of his Cabinet for their swift and effective action, and looks forward to having Digicel repair all damages quickly.

Deputy Vice-Chancellor Michael Scott, who is the Officer -in-Charge of the university in the absence of the Vice Chancellor, said that, “the University stands committed to ensuring the safety and security of students and staff and following the advice of Fire Prevention Officer of the Guyana Fire Service, Mr Andrew Holder, the university would undertake a fire audit of all its facilities.”

Meanwhile, the Administration wishes to assure members of the university and wider community that instructional and other activities at Turkeyen are back to normal.