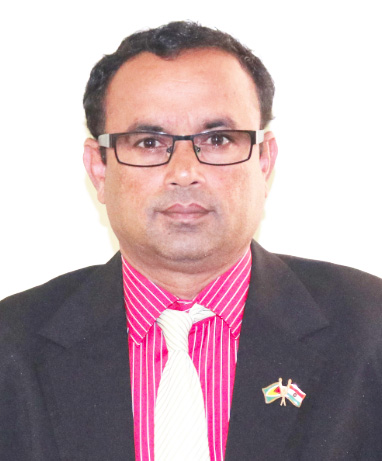 Fourteen years ago, an Indian national left his home country and travelled to Guyana to take up a positon as a lecturer in the Faculty of Agriculture, University of Guyana and today is Director of the university’s Berbice Campus.

The work of Prof Gomathinayagam Subramanian, better known as Prof Gom, which is primarily in the area of agriculture, has not gone unnoticed by his adopted country as he is probably the only non-national among the 77 this year to receive a national award. He has been bestowed with the Golden Arrow of Achievement.

“I am very happy to have been chosen for a national award by the Guyanese people. That my work has been recognised and to be honoured for it, although I am a foreign national, is an indication of the goodwill of the people of Guyana,” the professor said when asked by the Sunday Stabroek about how he felt about the award. 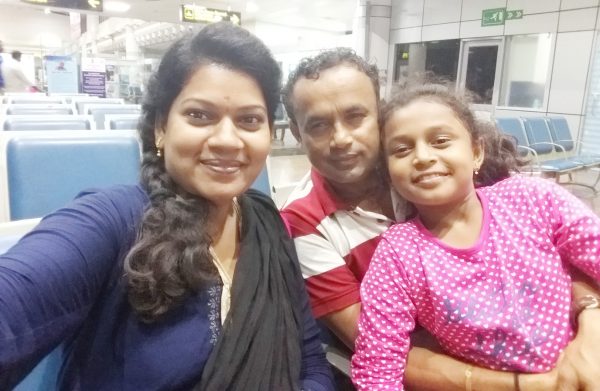 Prof Gomathinayagam Subramanian and his family

His agriculture path (in the area of research mainly) was influenced by the fact that he grew up in a farming community in India where his father was a farmer. He shared that he was able to learn a lot from his father.

“I used to assist my father in the farmlands whenever I had the time. Hence, I was inspired to pursue agriculture. My main motivation was my father,” he further stated.

Growing up in the rural South of India, apart from farming, he fondly remembers his enjoyment of attending religious functions.

It was his father’s commitment to what many would refer to as a humble occupation that led to the university professor’s attitude towards work which is always to “do it to the best of my ability.

“My constant quest for progress in my field, agriculture, is expressed in the various activities that I have initiated and has been appreciated and encouraged by those who supported my nomination for the award.”

As to who he is Professor Gom speaks of himself as being a humble human being trying to do his best and one who is “easily accessible to students, staff, faculty colleagues, the community, especially the farming community” and coupled with all of that he is devoted to his family.

The 49-year-old is married and is the father of a young daughter.

As to his journey to Guyana, the Indian national said he was encouraged by Prof Lalithakumari, who was his guide for his doctorate and who was in Guyana attached to the University of Guyana at the time.

“It was she who contacted me and encouraged me to come and work at the University of Guyana. I had already been offered a position in South Korea at that time,” he shared.

And it is not the university alone he has been attached to as he shared that during his sabbatical (September 2011 to August 2012) he was attached to the Guyana Sugar Corporation’s agriculture research centre at La Bonne Intention. While there he worked as a Soil-Micro Biotechnologist.

Asked about his stay in Guyana over the years the professor described it thus: “My stay in Guyana has been very rewarding so far, since I have the opportunity to contribute to its progress in the field of agriculture, especially in view of the fact that I also hail from an agricultural background. I love Guyana, it’s a land blessed with natural resources.”

However, he will eventually return to India to rejoin his family and take care of the aged among them.

He disclosed that he made the sacrifice to come to Guyana because of the job opportunity.

“It is very hard to find a job in India, hence the decision to come to Guyana,” he said.

Prof Gom has bachelor’s and master’s degrees and a PhD in Botany, with a Plant Pathology ancillary. He was conferred with a professorship in 2015.

During his time in Guyana, he has gone to Suriname twice to conduct workshops and he has also visited California, USA where he conducted a six-week training course for lab technicians.

After he received his PhD, he worked for a year in India as a research associate at the University of Madras.

Apart from his duties as Director of the Berbice Campus, the professor’s work also involves undertaking research in Agriculture, conducting workshops, symposiums and networking with researchers across the world. Additionally, he said he is consistently in communication with the farming community which seek his advice on agriculture matters.

He is married to Rekha, who is completing her doctorate in India. The union has produced a daughter, 11-year-old Karishma, who was born in Guyana but has since returned to India with her mother.

He proudly boasts that when Karishma was six years old, she participated in the Berbice Inter-school Chess Championship in 2013, representing her school Port Mourant Primary.

While being apart from his family is hard, he said that his wife wanted to further her studies by pursuing her doctorate, so she and their daughter went back to India.

“I am in constant contact with them and I communicate with my parents weekly. My brother has been taking care of my parents since 2005 when I left India. I can go back anytime to care for my parents,” he said.

And speaking about his adopted home, Professor Gom described Guyana as a beautiful country with friendly people.

“My vision for Guyana and mission is to help it become a country renowned for its organic farming… at the highest level internationally,” he said.

And with the country’s natural resources, he said he wished to see more students joining the Agricultural Faculty.

“Despite the promise of oil wealth, Guyana’s genius lies in its propensity for agricultural growth and development,” he posited.