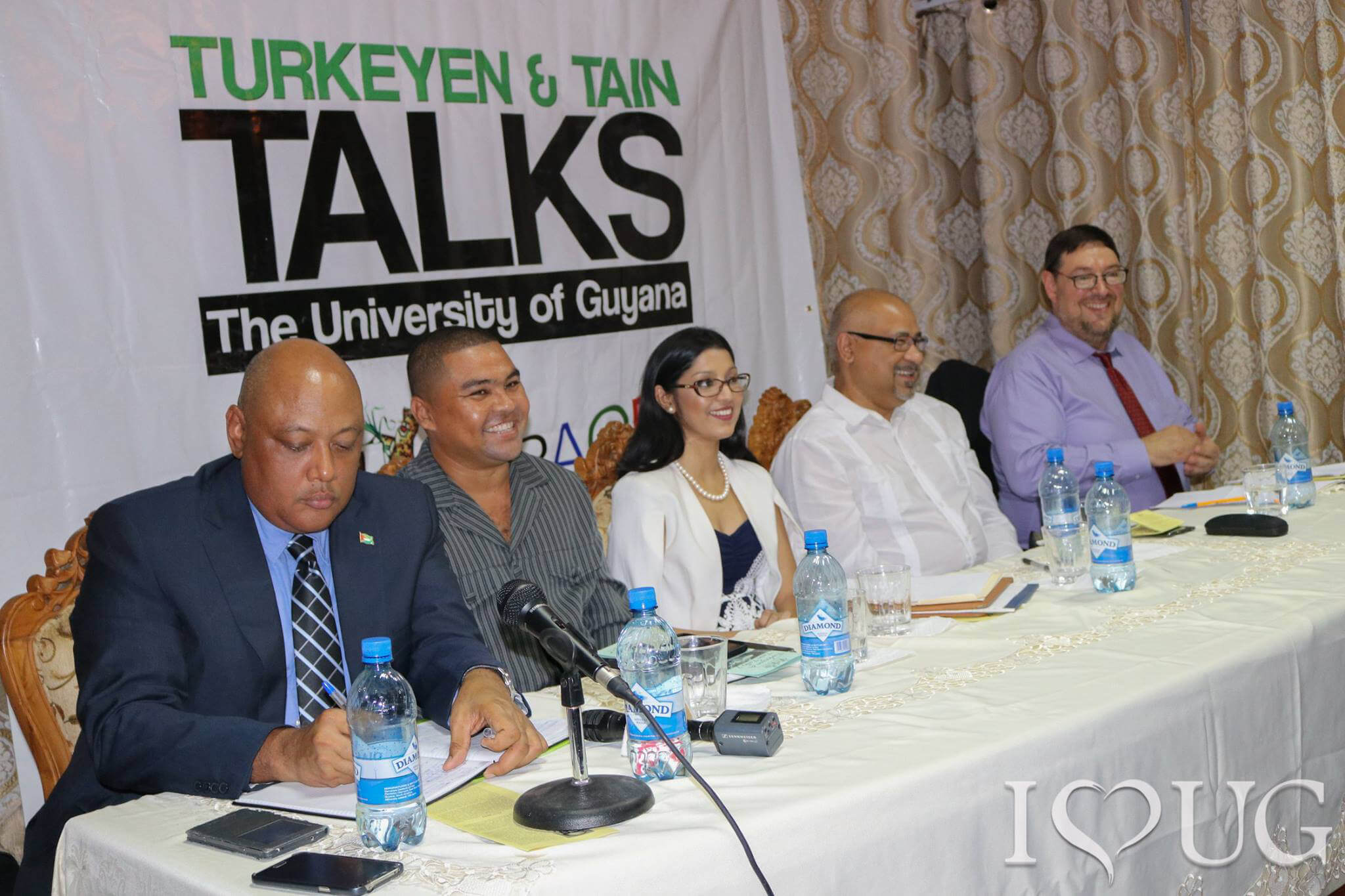 The University of Guyana’s Turkeyen and Tain Talks held its seventh meeting in New Amsterdam, Berbice on Wednesday, on Guyana’s emerging oil and gas economy.

According to GINA, Minister Trotman told the students and other persons gathered for the Turkeyen and Tain talks that the potential they have heard that Guyana has is real. The Minister noted that the oil which was discovered in 2015 is estimated to have a minimum of 800 million barrels and a maximum of 1.4 billion barrels of oil.

Minister Trotman also made those gathered aware that in addition to the first discovery of oil, there have been two more which may not be as large as the first, but are considered to have a significant amount of oil. Production of the oil is expected to begin in 2020 by ExxonMobil, Hess Corporation and Nexen companies.

Minister Trotman noted that with the discovery of such a large quantity of oil and gas, the government thought it necessary to strengthen its legal framework. The Minister pointed out that unless there are systems in place, Guyana would not be in a position to handle production and benefits of oil production. Hence, Minister Trotman noted that the government has begun the process of reviewing Guyana’s Petroleum Act of 1986 which he said is quite dated.

Minister Trotman also pointed out that in addition to reviewing the Petroleum Act; the government is creating new laws. Two new laws have already been created, he said.  This includes the Sovereign Wealth Fund which is with the Minister of Finance, and the Petroleum Commission Bill which was recently read for the first time in the National Assembly.

Kiran Mattai, Oil and Gas Attorney stressed the importance of having the necessary laws in place that relate to the oil and gas sector. According to Mattai, with Guyana being an emerging economy and oil and gas economy, it needs to be able to appreciate the ownership of its resources while encouraging international relationships. Legal training she said “must account for the host country discovering the oil and the company exploring for oil.”

She highlighted, “For legal training, the lesson in preparing for oil and gas is recognising that oil and gas is only a piece of the puzzle; there must be complementary interdependence to achieve sustainability.”

According to GINA, Professor and Director of the Institute of Applied Science and Technology, Suresh Narine stressed the importance of training. He noted that while training may take five to seven years, with Guyana expecting to receive oil by 2020, it is something that must be pursued.

According to Professor Narine, nothing is wrong in accepting that Guyana has poorly trained business people, engineers and scientists. In order to fully benefit from the wealth expected to come, Guyanese have to divorce themselves from thinking that all roads to success are paved with intentions on oil and gas.

“We have to ourselves, begin to train our students, advice our children, create our businesses in ways that look at those other sectors of the economy,” Narine explained.

However, Dr. Narine pointed out that there is (the) need for effective policies that will give the necessary guidance. He stated that, “without policy that allows the oil revenue to be channelled in an equitable, thoughtful fashion, the capital to ensure that those sectors of our economy which are more sustainable than oil is created, is not going to be wisely spent.”