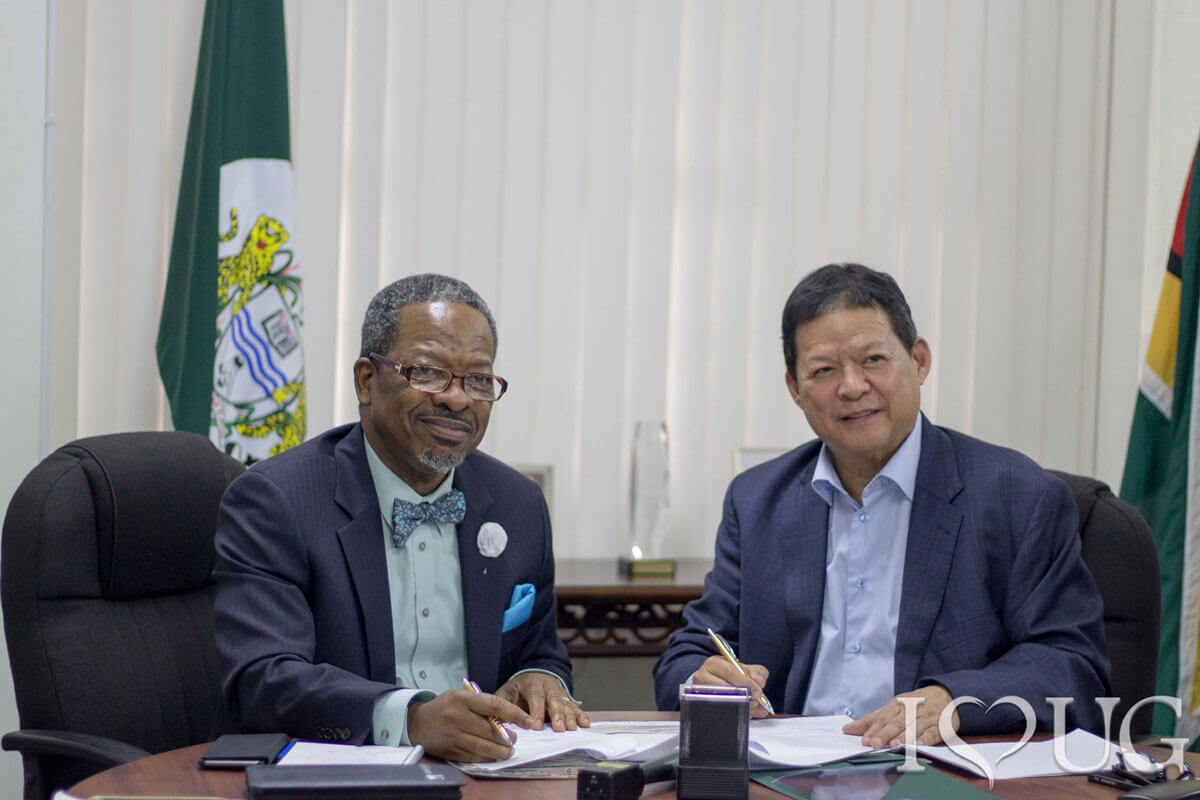 A Memorandum of Understanding (MoU) was signed yesterday between University of Guyana (UG) Vice Chancellor, Pro-fessor Ivelaw Griffith and Director of MovieTowne Derek Chin for the construction of a solar farm on the Turkeyen Campus.

Griffith and Chin, in his capacity as head of the Trinidad-based Dachin Group of Companies, also signed a MoU for the construction of a 150-room student housing complex at the Turkeyen Campus, with a similar facility also to be explored for the Tain Campus.

The cost and the location of the solar farm have not been determined yet, but according to MovieTowne Director Hadyn Gadsby, they hope to commence work by December. He added that the housing complex is also set to be constructed for the first quarter in 2018 but it is still in its planning phase..read more here