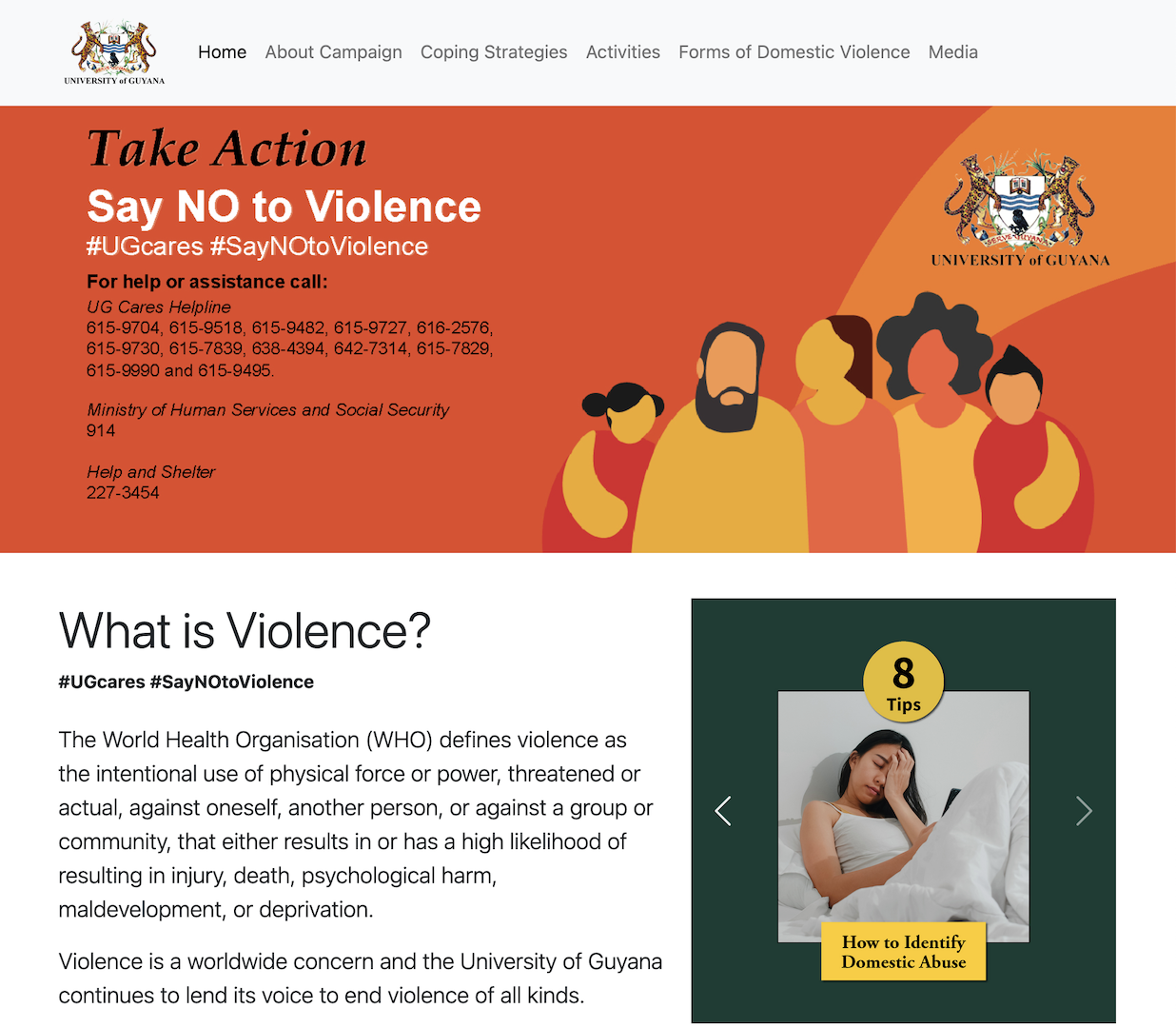 As part of its year-long campaign to tackle violence in all its forms, the University of Guyana today (Wednesday) launched a special website which will feature key information relating to helping victims, survivors and perpetrators of violence to avoid and resolve problems which lead to violence.

The website can be accessed at https://uog.edu.gy/ugavc/ and is linked to the University of Guyana’s main website (www.uog.edu.gy). It will be continuously updated as the University’s campaign progresses throughout the year and will include content relating to the various forms of violence, tips on identifying violence, coping mechanisms for victims and strategies that will encourage behaviour change by perpetrators of violence, among others.

The University of Guyana is committed to doing all it can through teaching, training, research, programmes, community engagements and collaborations with the Ministry of Human Services and Social Security and other Non-Governmental Organisations (NGOs) to raise awareness and take the actions necessary to bring an end to all forms of violence in Guyana.

On December 10, 2020, a motorcade against violence was held which saw officials and students of UG’s social work programme collaborating with NGOs to raise awareness against violence. That same evening a candle light vigil was held in remembrance of victims who died as a result of domestic violence and those who live with trauma and injuries as a result of some form of violence. Additionally, on January 8th and 9th this year, anti-violence banners were mounted at various locations across the country namely: the University’s Turkeyen and Tain Campuses and IDCE locations at Anna Regina, New Amsterdam and Linden.

Several other activities have been earmarked for the remainder of the year to raise awareness on how to stop violence and encourage behaviour change among perpetrators. These activities include; virtual exhibitions, personality profiles, media interviews, virtual concerts and debates and discussions on the issue.