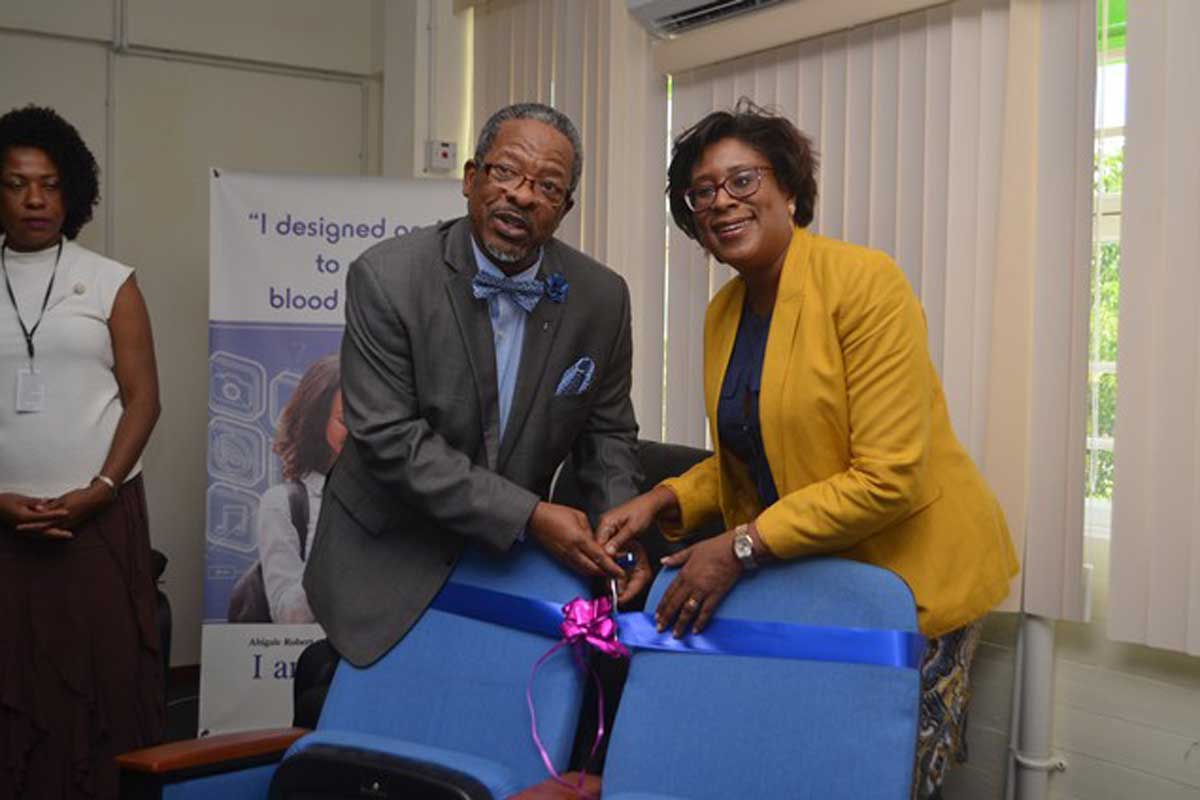 Minister of Public Telecommunications, Catherine Hughes today donated a number of chairs to the University of Guyana and Theatre Guild. The chairs were taken from the Arthur Chung Conference Centre (ACCC) which is currently being renovated.

Minister Hughes said that with the ongoing rehabilitation of the ACCC, the Ministry decided to donate the chairs that would no longer be needed at the centre. “We decided that we would donate those chairs to two organisations.”

The Minister explained that a committee working closely with the administration of the Conference Centre, to monitor the progress of the repairs, initiated the idea of donating the chairs to the University and the Theatre Guild.

Minister Hughes further added that the work on the Conference Centre “is going very well and we are down to reopen by May of 2018”.

275 chairs which will be used to upgrade the student’s lounge. It was explained that some will be installed in classrooms that will allow for stationary chairs and the rest will be placed in Centre for Communications Studies’.

Vice-Chancellor and Principal of the University of Guyana, Professor Dr. Ivelaw  Griffith received the chairs while Deputy Vice-Chancellor of Philanthropy, Alumni and Civic Engagement, Dr. Paloma Mohamed, thanked Minister Hughes for the donation. They both noted that the areas designated for the installation of the chairs are in need of an upgrade and that the contribution is a timely one.

Professor Griffith also thanked Director of Business, Dereck Cummings, Director of the Conference Center, Nandkumar and staff of the University.

Additionally, 100 chairs were donated to the Theatre Guild. Board Member of the Guild Malcolm De Freitas, observed that the chairs will improve their capacity to host events and give the playhouse a new ambience.