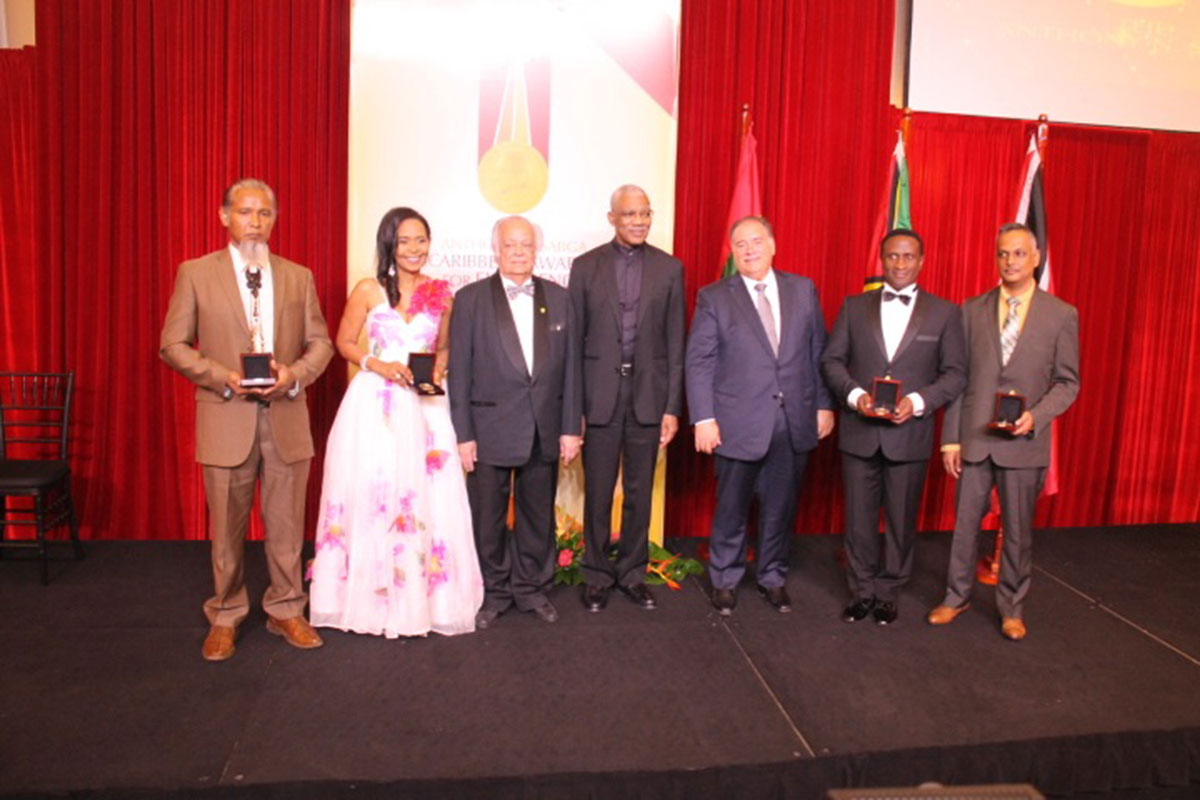 Two Guyanese, one Grenadian and one national of Trinidad and Tobago Saturday night copped the Anthony N. Sabga Caribbean Awards for Excellence 2017 that was held in Georgetown, the Guyanese capital.

Craig is a Guyanese sculptor whose natural talent manifested at an early age and blossomed with formal training at the ER Burrowes School of Art in Georgetown. He currently lectures in Art at the University of Guyana and his work can be found in collections locally and internationally.

Kwame Ryan, who is Canadian-born to Trinidad and Tobago parentage, is a conductor and music educator whose career has spanned the globe and has seen him practise his vocation with some of the leading orchestras and opera houses in Europe, Africa, Australia, North America, South Korea and the Caribbean.

Ms. Compton is an entrepreneur who has managed to merge history, commerce, agriculture, tourism and environmental and community responsibility into a single viable enterprise that the Belmont Estate in Grenada. The estate, which was a traditional agricultural plantation during the eras of slavery and colonialism, and which had fallen into ruin, was revived by Ms Nyack Comption as a successful tourist attraction, producer of organic agricultural products and a source of material and intangible enrichment to the community.

Dr. Bulkan is a Guyanese lawyer and senior lecturer at the Faculty of Law, University of the West Indies, St. Augustine. As an academic and legal practitioner, he has been at the forefront of promoting indigenous rights, environmental rights and human rights regionally through legal interventions, training and advocacy.

You can listen to a podcast of the event here:

Under the chairmanship of broadcaster, Margaret Lawrence; the night’s proceedings began with prayers by Ansa McAl Foundation Director, Victor Mouttet. The welcome address was delivered by Chairman of the Regional Eminent Persons Panel, Sir Shridath Ramphal; and the address was by Laureate, Sydney Allicock who is Guyana’s Vice President and Minister of Indigenous Affairs.

Before the presentation to each of the four laureates, there were short videos featuring each of them. The presentations were done by Chairman and Chief Executive Officer of the Ansa McAl Group of Companies, Dr. A. Norman Sabga and Sir Shridath Ramphal.

Dr. Norman Sabga then paid tribute to the founder of Ansa McAl, Anthony N. Sabga, who passed away earlier this month.

Closing remarks were delivered by Mrs. Maria Superville-Neilson who is the Secretary of the Ansa McAl Foundation and Programme Director of the Anthony N. Sabga Caribbean Awards for Excellence.