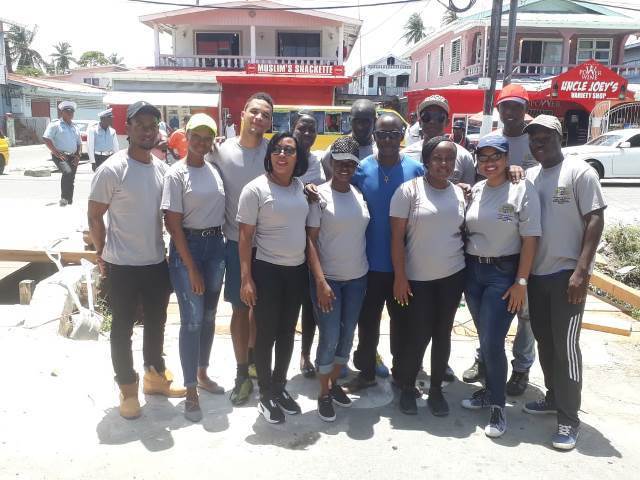 ― students of University of Guyana pioneered the community development projects

― residents are contented with community upgrades

Just over a week ago, the residents of Plaisance have been gifted a new bridge linking Victoria Road onto Britton Street. Students of the University of Guyana pioneered the reconstruction of the Britton Street Bridge as part of a student project.

Donna McKinnon, Head of the Government and International Affairs Department and lecturer at the University of Guyana, said that she hopes that the students will apply the theoretical knowledge gained from classes to develop their communities. She added that the project-assignment has the additional benefit of highlighting the importance of local government in community development.

McKinnon explained that the students’ community project is in its infancy being only two years old. Last year, the students focused on schools and playgrounds in Georgetown. This year, she indicated, the students are still working on improving school environments, and they have expanded to post offices, community bridges, road and street signs and much more.

These students sought funding from both the public and private sectors. Notably, the Ministry of Public Infrastructure willingly contributed street lights towards this endeavour.

Chairman, Rodwell Lewis, and the Vice Chairman, Sule Collymore, of the Industry/Plaisance Local Authority Area (LAA) graciously welcomed the proposal by the students of the University of Guyana to execute multiple community development projects in Plaisance.

Lewis took the time to laud the students’ efforts and mentioned that the villagers not only recognised the importance of the bridge and street lights but they also participated in the execution of these projects.

Collymore said that it is for this reason-community development that he decided to participate in the local government elections in November 2018 and noted that he would welcome further initiatives of this nature.

Currently, the Industry/Plaisance Neighbourhood Democratic Council (NDC) is working on rehabilitating the community centre ground, located on the Plaisance Public Road. This is among the many community development programmes that the government is encouraging across the country.

Images: Jules Gibson and Students of the University of Guyana.