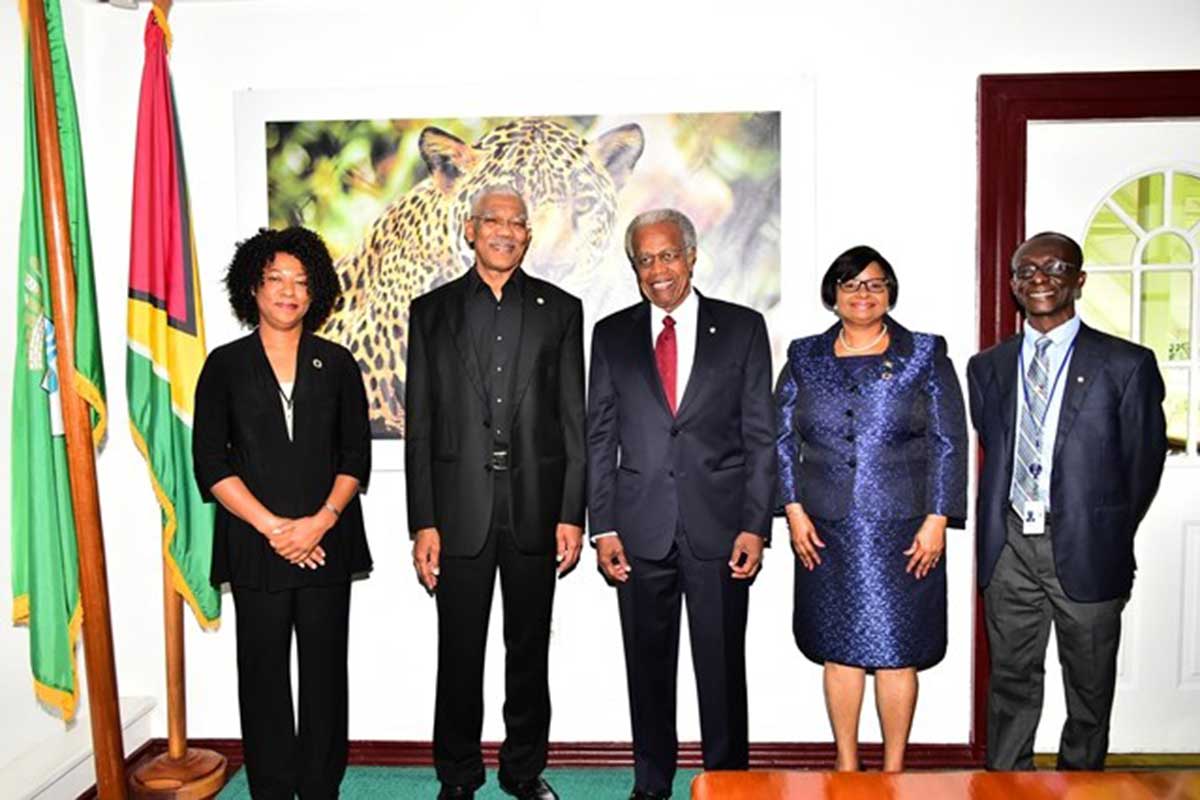 Georgetown, Guyana – (September 6, 2017) President David Granger was, today, paid a courtesy call by Sir George Alleyne, former Chancellor of the University of the West Indies (UWI). Sir Alleyne is in Guyana to participate in the University of Guyana’s Vice-Chancellor Renaissance Lecture Series, which is scheduled for tomorrow evening.

Sir Alleyne’s lecture will focus on how fear and lack of trust hinders integration and cooperation in the Caribbean, a topic which, he said was inspired by President Granger. 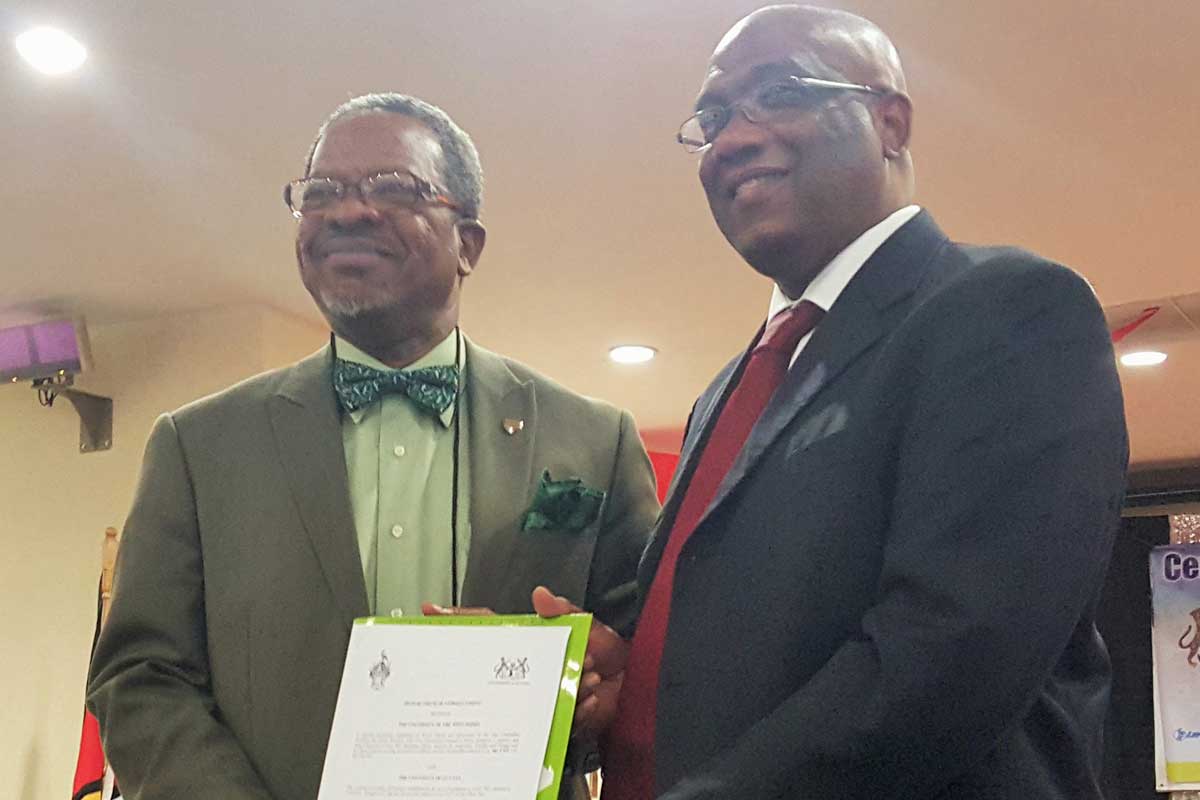 This followed the signing of a Memorandum of Understanding between Vice-Chancellor of UG, Professor Ivelaw Griffith and Principal of UWI’s St Augustine Campus Professor Brian Copeland that would see a “bonding” of the two institutions.

Speaking at the event at the Ramada Georgetown Princess Hotel, Griffith remarked that the launch was symbolic and that the significance of the centre was in keeping with his “commitments for the conference that what we discussed and what we decide should not stay there only for the week.”

He said the UWI had long recognized that the days of relying significantly on the governments of the region to support the enterprise, have gone.

At UG too, he said, “We cannot keep hoping to have the government subvention be the Alpha and Omega of our resource acquisition.”

He pointed out that they have to “broaden the horizon” and look for more ways of acquiring funding, including from the “private sector, the diaspora and the alumni here and abroad.”

He added that there is a coincidence of interest and vision by UG and UWI of “new tomorrows that we prepare for.”

For instance, he said, there was the question of where they would get the resources for educating their people and part of what the agreement represents is a manifestation of interests.

He welcomed Professor Copeland to Guyana on behalf of the students of UG, faculty, alumni, and important stakeholders.

He also expressed delight in signing the agreement, which he said would have a mutual interest and a mutual commitment to building better futures.

Professor Copeland said that on behalf of UWI, he was truly pleased that they would engage in building a relationship and partnership, which augurs well for the future.

“We are moving away from the whole concept of the country domain and we have to think Caribbean…,” Copeland later told the media.

He added that the agreement “points to a new beginning and also a transformation and focus on a new direction.”

He thanked the VC for inviting him and said the partnership has to succeed for the betterment of the people.

Meanwhile, Griffith told the media, “We need to have a mechanism to institutionalize and take [UG] forward and this would be done through the centre.”

He envisioned that the centre would be used for research and outreach and they would be working towards finding a funding stream and a programme of activities.

Having to deal with the challenges of space at UG, he said, a team that was set up is working on finding a physical location for the centre that would have to be leased.

The members would be establishing an implementation project that identifies details of the plans. They are also working on the basis of starting the centre “as quickly as we can because of the energy, the interest and the passion reflected at the conference and the wonderful good suggestions about what the centre can do with regional institutions, academic and government entities… We want to have a certain momentum kept.”

They are looking at a number of partners to get the project started, with the main one being the Caribbean Development Bank. Coming out of the conference, Griffith said, there were expressions of interest by the local tourism sector as well as the Caribbean Tourism Organisation.

Dr Wazir Mohamed, Professor at Indiana University, will serve as the Associate Interim Director of the centre, while Dr Fitzgerald Yaw, Director of the Office of Strategic Initiatives at UG, would also serve in a similar capacity.

Mohamed said the centre is intended to build bridges and that governments need to understand that migration is a global phenomenon and that the diaspora want to give back, even if it is for a few months or a few years.

According to him, there are tremendous resources among people who have lived abroad, who need to share their skills and knowledge here in order for development to take place.

NOTE: The Diaspora Engagement Centre is not a joint venture of UG and UWI, although the two institutions did sign a MoU on collaboration the very day the Centre was launched.