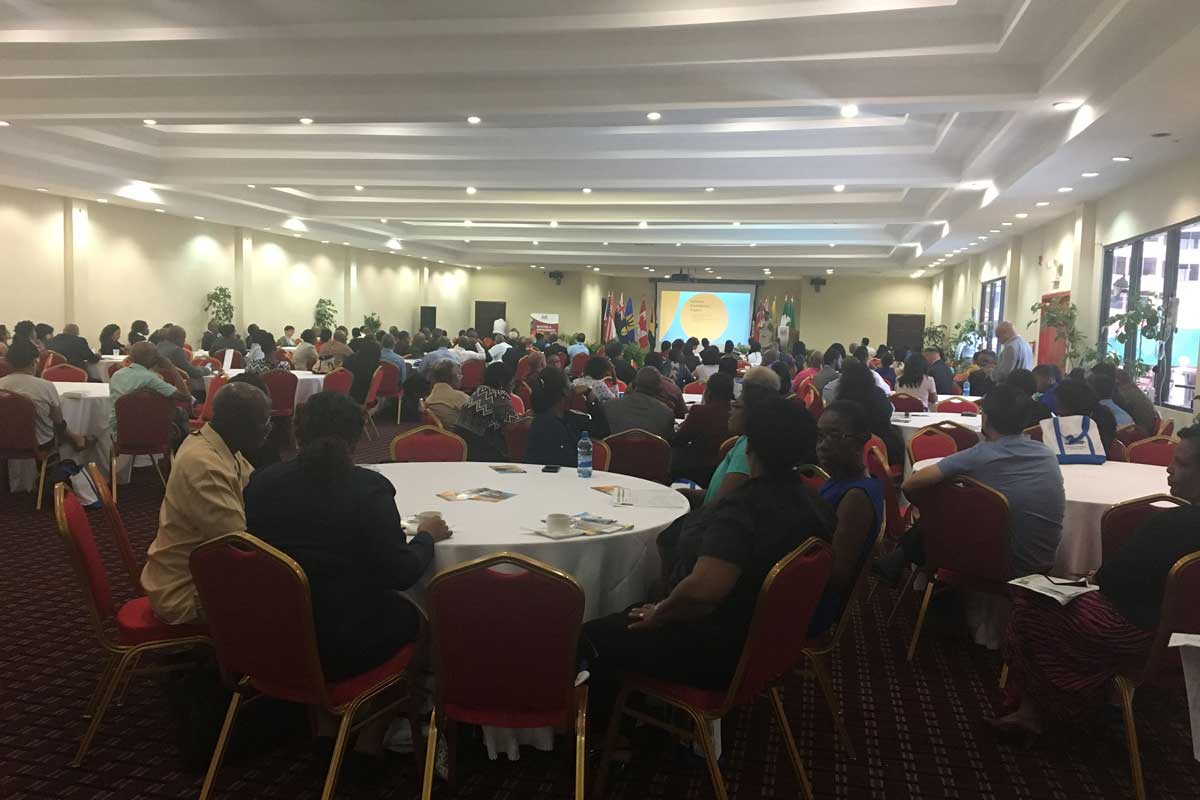 In its quest to drive the “intellectual processes of green development,” the University of Guyana (UG) must become an incubator of technology, President David Granger said yesterday at the opening ceremony for the inaugural Diaspora Engagement Conference.

Under the theme “Dreaming Diaspora Engagement, Doing Diaspora Engagement,” the five-day conference, which opened at the Ramada Princess Hotel, East Bank Demerara, will see over 200 stakeholders and leaders in the diaspora engage in various forums and symposiums towards the strengthening of partnerships with overseas organisations.

“The university is central to fulfilling the scientific and technological objective which the green state requires. The university must drive intellectual processes of green development by becoming an incubator of technology and the nurturer of skills and talents,” Granger said in his keynote address.

While Granger noted the strides UG has made in several fields, he stated, “This country needs biologists, botanists, zoologists to document and study its unique and unmatched biodiversity. It needs engineers to erect infrastructure in the hinterland.”

Also giving brief remarks was UG Vice-Chancellor Professor Ivelaw Griffith, who sought to give a framework of some of the unstated objectives that he hopes will be achieved at the end of the conference.

Alluding to the economic gains expected to come out of the conference, Griffith said that “another unstated goal is to use the conference to inject into our economy some badly needed finances to help with job creation.”

He added that it is hoped that the university will become a neutral zone “that irrespective of your political apprehension or your racially-driven or other related apprehensions, you should feel comfortable working with the University of Guyana….”

Griffith, in a statement last month, had said that the conference will contribute to the development of diaspora policy and a framework to effectively attract direct diaspora investment and engage the diaspora in nation building.

Meanwhile, during a roundtable session, several ministers also engaged the conference on how the various ministries can aid in effectively engage the diaspora.

For his part, Business Minister Dominic Gaskin told the gathering that he would like to see the diaspora invest in and visit Guyana. “Our domestic laws do not discriminate… there is plenty of space for the diaspora to insert itself into the national economy,” he said.

Speaking to the development in the infrastructural arena, Minister of Public Infrastructure David Patterson said that the arrival of passengers in Guyana is up 14%, when compared to the same period last year. “The reason why this may sound like a really good thing for tourism… I am about to complete a terminal at the airport which was developed as a project in 2011… At those initial projections in 2011, the projected growth for passenger growth was 4% per annum. So you understand… that if the current passenger arrival and departure continues, it will be over capacity in 2019,” he explained.

The conference also saw the launch of the 2017/2018 edition of the Invest Guyana Magazine, by publisher Lokesh Singh, a businessman and Guyana’s consul to St Lucia.

He said that for the magazine, which was launched some five years ago with an aim of attracting investment into Guyana, they partnered with Go-Invest two years ago. “We signed a long-term agreement where this magazine is the official magazine of the Guyana Office of Investment and by extension the Ministry of Business and government of Guyana,” he noted.