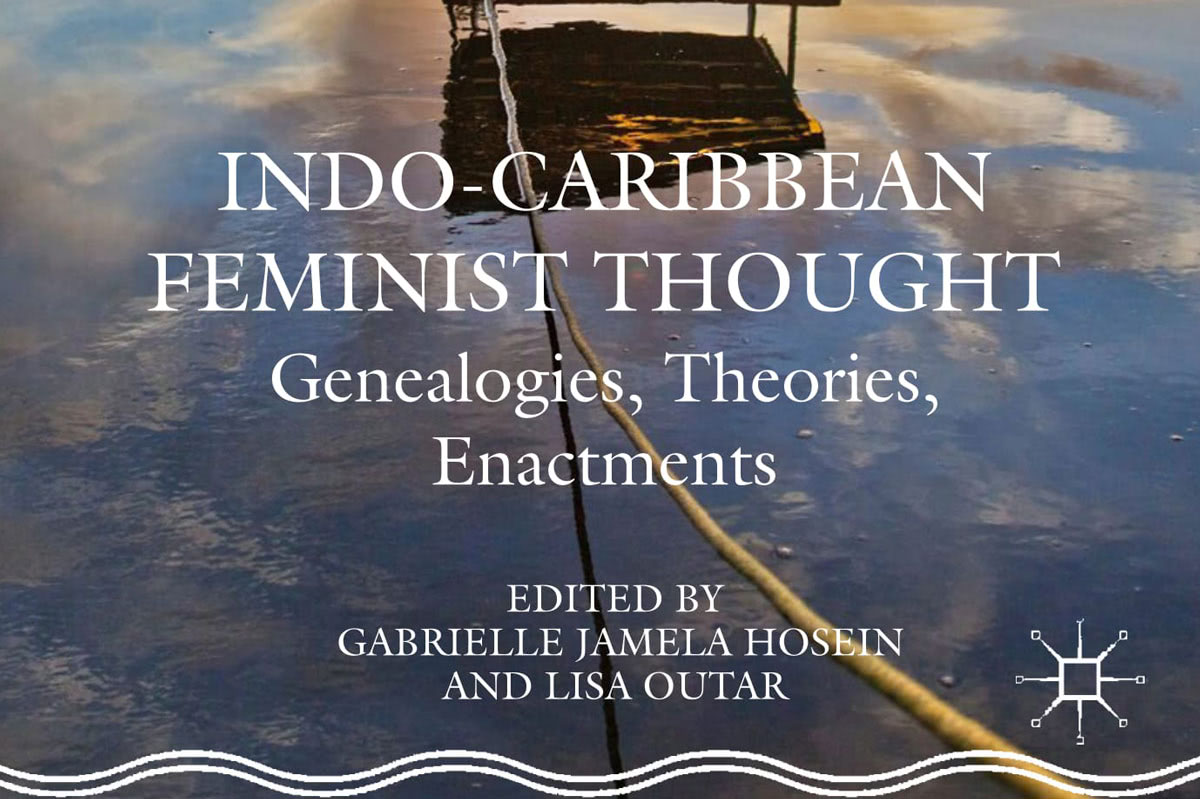 Indo-Caribbean Feminist Thought: Genealogies, Theories, Enactments is a new collection of essays that will be launched at the University of Guyana’s Turkeyen Campus on May 11 and at the Berbice Campus on May 12, 2017. The book is being launched in tandem with UG’s new Institute of Gender Studies, now in its setting up phase and in partnership with the Women & Gender Equality Commission (WGEC). The book seeks to answer the question of how Indo-Caribbean descended women and men are drawing on the negotiations of earlier generations. The publication brings together explorations of Indo-Caribbean and dougla women’s involvement in literature, art, education, biography, Mariamman puja, carnival, baby albums, celebrity, online identities, activism as well as discussions of Indo-Caribbean masculinities and international rapper Nicki Minaj, to show just how this is happening.

The book was edited by Dr Gabrielle Hosein, Head of the Institute of Gender and Development Studies at the University of the West Indies, St. Augustine, Trinidad, and Dr Lisa Outar, an Independent Scholar based in the United States, but originally from Port Mourant, Guyana. It features essays by three generations of scholars and activists working both in the Caribbean and in the Diaspora. The collection looks at a whole range of thinking about gender and feminism from the time of indentureship to present, and focuses not on relationships to India but rather on the unique versions of Indianness and feminism to be found in the Caribbean. It offers perspectives from Guyana, Trinidad, Guadeloupe, Martinique, Canada, the United States and Mauritius. This book is the first to trace a genealogy of the contributions Indo-Caribbean women have made to Caribbean feminist epistemology and to post-indentureship feminist thought.

According to Dr Lisa Outar, “The collection takes on big questions such as the ways in which Indian feminism is shaped within broader Caribbean feminist movements, the roles that religion and religious education have played in creating agency for women, and how Indo-Guyanese women shape their identities in New York.” The book explores how music and literature have presented Indian masculinity and what the legacies of the plantation are for Indian men. With regard to the role of the arts, it looks at how artists use the power of visuality to present their perspectives, how Indo-Caribbean women in the Diaspora return to the region for carnival and even how pop icons like Nicki Minaj play with the category of dougla. Dr Outar further stated that, “the collection therefore also provides space for the ways that dougla and mixed-Indian women have shaped their own understandings of feminism and Indian identity, and how young Indo-Caribbean women come to understand themselves in relation to the generations that came before them. Finally, bringing in contemporary concerns, it explores how sexuality and gender identity are experienced and negotiated in relation to ideas about cultural identity, as well as the links between the different parts of the indentureship Diaspora.” Dr Eudine Barriteau, author of The Political Economy of Gender in the Twentieth-Century Caribbean and Pro Vice-Chancellor and Principal, University of the West Indies, Cave Hill Campus, states, “Indo-Caribbean Feminist Thought constitutes a ground-breaking, boundary-shifting body of work in Caribbean feminist thought. Drawing on transdisciplinary locations and fluid identities, the contributors displace the polarity of a hegemonic, diaspora-centred location by employing transnational, transoceanic and transdisciplinary analytical tools.

A most exciting turn is their insistence that to privilege the diverse particularities and trajectories of Indo- Caribbean feminist thought is not an attempt to escape being situated in a broader framework of Caribbean feminisms.”

The event will feature an interview with the two editors and will be of interest to scholars, writers, artists, students, and members of the public with an interest in Caribbean feminisms, Indo-Caribbean and dougla gender negotiations, and studies of both past and the present day Caribbean.