UG to enjoy more autonomy under proposed system of governance

Under a proposed system of governance, the University of Guyana (UG) is expected to secure a greater level of administrative autonomy, which is set to eliminate special interest groups. Speaking to a gathering of media personnel at Herdmanston Lodge, Queenstown, yesterday, Vice Chancellor Ivelaw Griffith announced that the university is exploring the possibility of self-governance through a “greater level of intellectual autonomy.”

According to the Vice-Chancellor, the recommendations are towards preventing any form of interference by political parties, and other special interest groups into the daily affairs of the University. He noted that several recommendations have been put forward by a special reform committee on governance for the revamp of U.G’s executive structure. The committee, headed by Professor Lawrence Carrington, has proposed a governance model which is for a smaller council and allows the Vice Chancellor and his team greater scope to run the institution.

According to the Vice-Chancellor, the proposals came as a result of several committee meetings and broader consultations across UG campuses which included the student body and the unions. He dismissed any possibility of arbitrary leadership at UG, since there are other layers of the executive which will be involved in the decision-making process including the Academic Board, Finance and General Purposes Committee, and Council of Deans. Added to that, Professor Griffith said that representatives of the tertiary institution have met with Attorney General Basil Williams to discuss amendments to the legislation, since the Act, and Statues which govern UG have not undergone any significant revision since 1963.

According to the Vice-Chancellor, Professor Carrington and his team have been working on their final report which will be submitted on July 26 at an extraordinary meeting. The meeting will finalise what the Act should be. Further to that, the Act needs to go for approval in Parliament. The statutes are really the internal governance arrangements, he added. The reform committee was established as a follow-up measure to the UG Transformational Task Force established in 2016. The task force had recognized the need for a Committee to assess and make recommendations for adjustments and/or amendments to the University’s Act and Statutes, including the composition of the Council and the core competencies required for effective Governance.

It was also noted that a critical imperative in the transformation process must be the recognition by all stakeholders that UG is an autonomous institution. The Task Force members also conceded that “there must be strict adherence to the principles of effective governance being dependent on, inter alia, vision, dedication, time commitment, leadership, transparency, openness, objectivity and trust. It was also agreed upon that UG, through its Council, must be accountable to the Government, students, staff, donors, alumni and the wider Guyanese community.

In keeping with the principle of effective governance, it was agreed that there should be a clear distinction between the Council’s role in approving and overseeing policy in accordance with the provisions of the Act, Statutes and Regulations, and that of the Administration, whose role is to execute policy and be responsible for the day to day administration of the University. 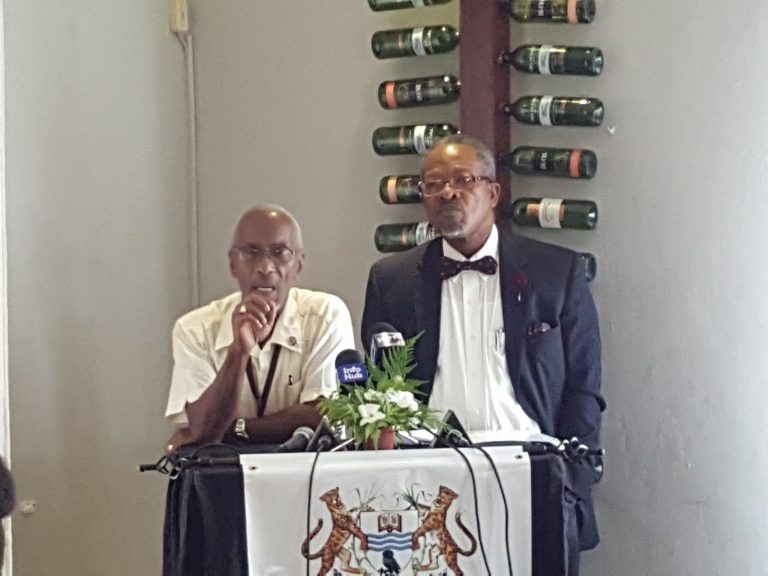 The University of Guyana (UG) on Tuesday announced that  a proposal is on the table for a smaller Council that will be solely responsible for policy while the Vice Chancellor and team will be given greater autonomy to run the institution.

“The contraction of its membership ought not to be interpreted that sectoral interests would not be taken into consideration, but mechanisms would be put in place to ensure that these interests find their way into the governance operations, whether it is at the level of the Council that they be invited or the Academic Board, for example, to which private sector’s involvement in curriculum review, curriculum refocussing to meet the developmental needs can in fact be catered for,” he told the media.

The Registrar explained that the intention is for the Vice Chancellor to enjoy greater autonomy to deal with “operational issues with a mechanism for accountability that is clear” and for the Council to deal with policy matters. “For the last fifty years, one saw an intrusion by the University Council into operational issues  of the university; the day-to-day administration,” said Gravesande.

He added that the Vice Chancellor would have to account to the Council at an Annual Business Meeting. He would be required to submit Statements of Account and report on activities.

For his part, UG Vice Chancellor Professor Ivelaw Griffith brushed aside the question of a possible ‘runaway  administration’ that will make major decisions in the absence of Council. “I don’t see the prospect, whether I’m the Vice Chancellor or whoever is the Vice Chancellor, or a runaway Vice Chancellor,” he said, adding that there are other layers of decision-making such as the Academic Board, Finance and General Purposes Committee, and Council of Deans.

He reiterated that advisory boards would be established to support Advisory Boards in faculties “Governance recommendation is that there should be a slimmer governance council focussed on competencies and not special interest representation. That is a significant recommendation to what is proposed as the current governance arrangement,” he said.

The Vice Chancellor said a two-day meeting of the Governance Committee, which is headed by former UG Vice Chancellor Professor Lawrence Carrington,last week concretised its recommendations that would be contained in a final report to an extraordinary Council meeting scheduled for July 26, 2018.

The Vice Chancellor and Head of UG’s Chancellor, Professor Nigel Harris have since met Attorney General, Basil Williams who was presented with a number of recommendations for revamping the University of Guyana Act.  A similar meeting was held with Minister of Education, Nicolette Henry.

Under the chairmanship of UG Chancellor, Professor Nigel Harris, a transformation task force has examined the need for revamping the governance structure of the 55-year old tertiary institution whose Act and statutes “have not undergone significant revision”.  The Governance Reform Committee, headed by former UG Vice Chancellor Professor Lawrence Carrington, has since submitted a report to the Council that called for wider consultatipon. 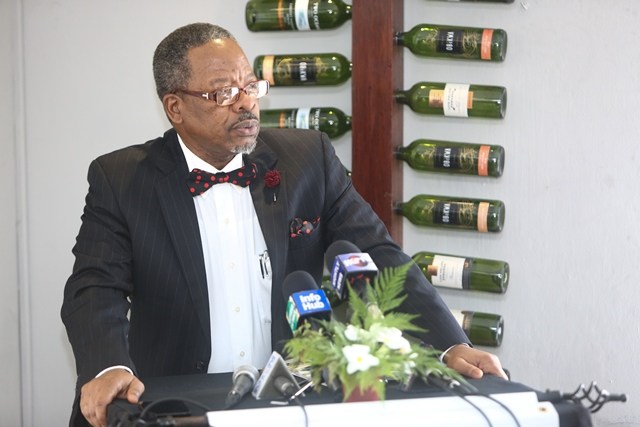 Vice Chancellor of the University of Guyana (UG) Professor Ivelaw Griffith today lauded the hands-off approach of the current administration, in allowing the unrestricted day-to-day running of the institution.

The VC has been at the helm of the country’s premier tertiary institution for the past two years.  He said since assuming that position, there has been no attempt to curtail his work or that of the university by the government; something that had shaped the university for years.

He was speaking to the members of the media at his second media luncheon at the Herdmanston lodge earlier today.

“As an indication of an achievement, sometimes you have to ask yourself not only what has been done, but what has not been done. I have not had a government minister, or the President or Permanent Secretary tell me who to hire, who to admit, who to graduate or who to give a scholarship to,” the VC said today.

This, he said is testimony that the administration clearly understands it’s role.

“The practising business, as usual, is not in the best interest of the University or the society and that for me is a signally important achievement.”

The VC spoke of his meetings with the Ministry of Public Infrastructure, Public Telecommunication, Public Health and Education that have been lending support to the University.

“I’m comforted in the support from government entities and non-governmental entities i- moving along,” he said.

A governance task force had already decided that there be no special or partisan interest represented on the university’s council. The Vice Chancellor said changes are occurring at the institution.