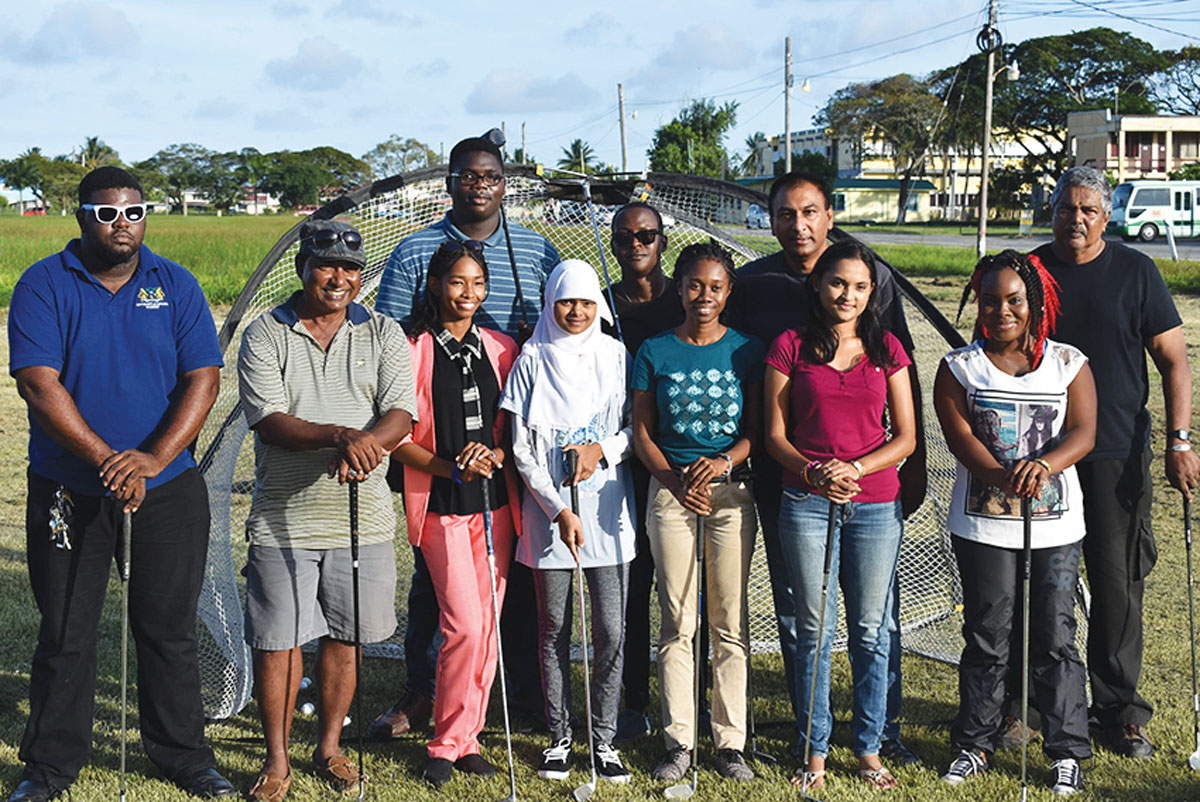 Students of the University of Guyana commenced the new year with an enriching session of golf as part of their ongoing project in partnership with the Lusignan Golf Club (LGC); aimed at fusing sport and academics. The first session of 2018 was held on the make-shift Greens near the University’s Sports faculty on Friday afternoon. The interactive session featured a number of students, LGC President Aleem Hussain and former Guyana Cup women’s champ and one of the country’s best golfers Joaan Deo as well as a few members of the club.

With golf on the rise, the aim of the session was to teach the students the basics of golf while taking them on a path of becoming the next crop of top golfers. Areas such as putting, chipping, driving and accuracy were instilled during the near two-hour long session. As sports and academics continue its path of matrimony in Guyana, the sessions help bind the undergraduates book work with golf. The team features roughly 15 university attendees, mostly ladies who work closely with Deo and others during the sessions.

When Guyana Times Sport visited the University, the students were in the midst of being taught the basics of drives and putts in an environment which mirrored that of a mini Lusignan course.
Each of the upcoming golfers was outfitted with their own pieces of gear as the LGC seeks to properly teach the craft to the newbies. Feedback from some of the students were positive as most of them seemed to already be getting into their groove. Both Hussain and Deo said the project which will feature weekly session at the Lusignan course, should benefit all the participants by the end of the duration of the introductory session. Also the project is geared towards ensuring that all the students continue down the path of golf and become members of the club.

The course also affords those interested in pursuing a future in golf to easily become members of the fraternity and further increase their prowess in the sport. The facilitators further noted that they expect the current number to triple in the near future as the feedback regarding the project is positive. Sessions continue this Friday at the newly refurbished LGC greens from 16:00h.