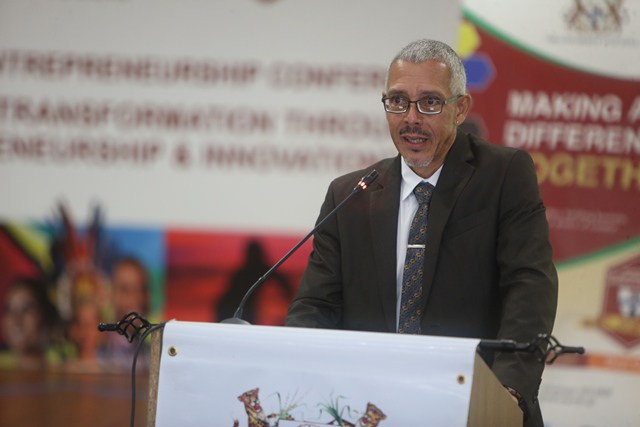 Minister of Business, Dominic Gaskin reiterated the government’s readiness to play a part in encouraging developments within the creative industry.

He was at the time addressing concerns raised at the Entrepreneurship and Innovation Conference on May 22 at the Ramada Hotel, Providence. Minister Gaskin opined that advances in the creative industries can be achieved with the help of individuals and companies already involved in those areas.

“They need to form themselves into an organisation that can then promote the development of those industries, and the government will support such initiatives,” Minister Gaskin assured.

The minister added that it is through such engagements that the areas, where the government can play a role, are identified. He noted for example, that through tax incentives and other types of enticement, the government can help promote and develop those industries that have been neglected for a number of years,

Over 700 million dollars was allocated in the National Budget for Cultural Preservation and Conservation under the Department of Social Cohesion, to construct the Institute of Creative Arts which aims to boost the creative industries in Guyana.

Locals in the creative sector have been making the spotlights on the international scene. These include Award winning US-based Guyanese filmmaker, writer and director Mason Richards and Filmmaker Yaphet Jackman to name a few.