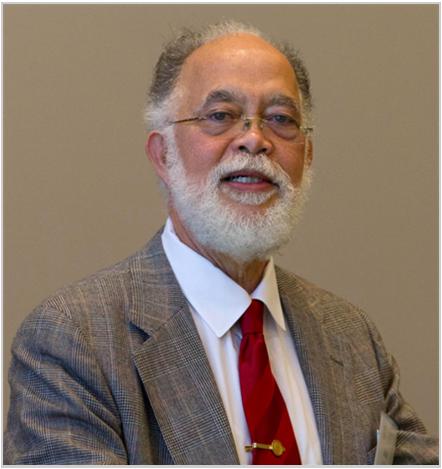 Guyanese-American Professor John R. Rickford of Stanford University was recently notified that he had been awarded one of the highest academic honors in the United States: Election to the American Academy of Arts and Sciences.

Founded in 1780, the American Academy of Arts and Sciences is one of the oldest and most prestigious learned societies and independent policy research centers in the U.S., convening leaders from the academic, business, and government sectors to respond to the challenges facing—and opportunities available to—the nation and the world.

The Academy’s work is advanced by its elected members, who are leaders in the academic disciplines, the arts, business, and public affairs from around the world.

Academy research currently focuses on education, the humanities and the arts; science, engineering, and technology policy; global security and international affairs; and American institutions and the public good.

John R. Rickford is the J.E. Wallace Sterling Professor of Linguistics and the Humanities at Stanford University.  He is also professor, by courtesy, in Education, and Bass University Fellow in Undergraduate Education.  He has been at Stanford since 1980, after teaching Linguistics at the University of Guyana from 1974 to 1984 and serving as Vice Dean of the Faculty of Arts there.  Prior to leaving Guyana for his university education on a US scholarship in 1968, he attended Sacred Heart RC elementary school and Queen’s College, where he also taught English for a year after completing his GCE “A” levels.

Professor Rickford received his BA with highest honors in Sociolinguistics from the University of California, Santa Cruz, in 1971, and his Ph.D. in Linguistics from the University of Pennsylvania in 1979.  He won a Dean’s Award for distinguished teaching in 1984 and a Bing Fellowship for excellence in teaching in 1992.  He also served as President of the Linguistic Society of America in 2015, and in 2016 won the award for the Best Paper in the journal Language—one of the leading journals in his field—for a paper he authored with a graduate student on the systematic vernacular of Rachel Jeantel, a close friend of Trayvon Martin, and the reasons why her testimony was misunderstood and disregarded in the 2013 trial of George Zimmerman for Trayvon’s murder.

The primary focus of John’s research and teaching is Sociolinguistics: the relation between linguistic variation and change and social structure.  He is especially interested in the relation between language and ethnicity, social class and style, language variation and change, pidgin and creole languages, African American Vernacular English, and the applications of linguistics to educational and legal issues.

Professor Rickford is the author of numerous scholarly articles, and author or editor of several books, including A Festival of Guyanese Words (ed., 1978); Dimensions of a Creole Continuum (1987), Analyzing Variation in Language (co-ed., 1987), Sociolinguistics and Pidgin‑Creole Studies (ed., 1988); African American English: Structure, History and Use (co‑ed., 1998); African American Vernacular English: Features, Evolution, Educational Implications (1999); Creole Genesis, Attitudes and Discourse (co-ed., 2000); Spoken Soul: The Story of Black English (co-authored, 2000, winner of an American Book Award); Style and Sociolinguistic Variation (co-ed., 2001); Language in the USA: Themes for the Twenty-First Century (co-ed., 2004); Language, Culture and Caribbean Identity (co-ed, 2012); African American, Creole and Other Vernacular Englishes: A Bibliographic Resource (co-authored, 2012); and Raciolinguistics: How Language Shapes Our Ideas About Race (co-edited, 2015).  A collection of his papers is scheduled for publication in 2018 by Cambridge University Press in a book, entitled Variation and Change in Sociolinguistics and Creole Studies: Theory and Analysis.

Professor Rickford stated that he was both exhilarated and humbled that the Academy had bestowed this signature honor on him.  Election to the American Academy of Arts and Sciences is the pinnacle of his long, distinguished career.  He will spend part of this summer at the Rockefeller Foundation’s research center in Bellagio, Italy, working to develop new ways to expand linguistic versatility among vernacular speakers while reducing dialect prejudice and discrimination against them in schools, courtrooms, workplaces and other gatekeeping institutions.