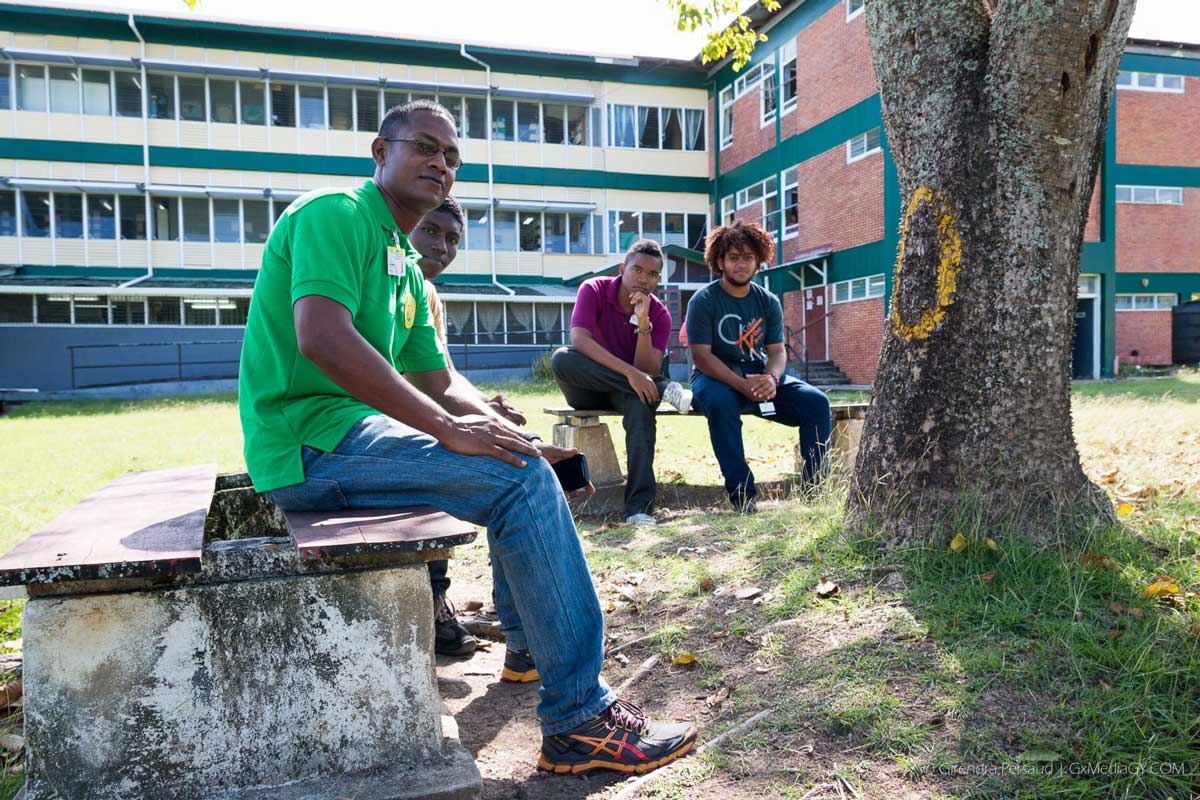 “You can’t cross the sea merely by standing and staring at the water.” – Rabindranath Tagore

As we approach the dusk of one year and the dawn of another and for those of us who follow the Gregorian Cal- endar that was introduced in 1582, the month of December occasions both retrospection and prospection. This dual engagement is even more important when December marks a milestone of some kind in one’s personal or professional pursuits. Mine is such a case, as December (14) 2016 marks the completion of my first six months as the Tenth Vice Chancellor and Principal of The University of Guyana.

The UG to which I returned after my student sojourn during the 1970s was one that faced—and is facing—resource, esteem, and perspicacity stormy seas due to prolonged institutional neglect. Mindful of Tagore’s prescient proposi- tion, I have embarked on the building of a Renaissance Bridge to cross our stormy seas, rather than to stand and stare. That this is a herculean task is an understatement; we have been having to offer financial and psychological life jackets to some,while providing others with canoes of hope, both to avoid drowning and to get a glimpse of the land ahoy. All this is being done while assembling and positioning the human, financial, and physical infrastructure to build the bridge. Put differently, we have been having to ride the bicycle with all its imperfections while fixing it, something I anticipate we shall need to do for a while.

From the outset, I sensed that the Renaissance Bridge requires four foundational pillars: Capital Investment, Aca- demic Enhancement, Economic Viability, and Alumni Engagement. Moreover, these must be tackled simultane- ously. We began doing this from Day I, with passion and purpose, facing and fixing, facilitating conversations that are uncomfortable to some and making decisions about which some colleagues are curious and others are critical. There have been many frustrations and challenges, some beyond the perimeters of Turkeyen and Tain, and it would be foolhardy of me not to expect more of these challenges in the future. However, I also have benefited from wonderful goodwill and support, which contributed to many notable achievements, some of which are highlighted later in this newsletter. Indeed, Renaissance is one of those achievements.

Permit me to take the opportunity here to thank the many individuals, groups, and companies within Guyana and in the Diaspora for the moral and material support provided so far. I anticipate needing to elicit more assistance in 2017 as we continue navigating our stormy seas and building our Renaissance Bridge. Special appreciation is extended to my loving wife, Francille, our children and other family members for their noted sacrifice and invalu- able support in allowing me to be away from the family as I make a needed contribution to my native land. Thanks, too, to the many friends within and outside Guyana for their advice, encouragement, and support. As I look toward the dawn of a new year, I ask that we stay the course in building our Renaissance Bridge.

Best wishes for a Wonderful Holiday Season as we keep on keeping on!