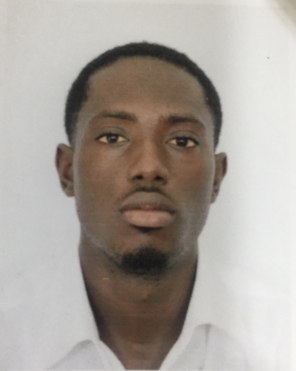 Jafar Elsadiq Gibbons, named after the sixth Imam in Islamic Shia, Ja'far al-Ṣādiq Muḥammad, grew up in the Islamic Faith. At a very early age his mother as well as his Nursery School teacher recognised his potential, talents and the great abilities that he possessed.

As a result, his mother made sure she placed a mentor in his life. His mentor, Sharma Solomon kept him on the right path. Although at the time, young Jafar did not understand why he needed a mentor. He explained that as he grew older he came to realise that it was one of the best things that his mother had done for him.

His schooling began at McKenzie Primary School in Linden, then he attended McKenzie High School, this is where he became inspired to become a lawyer. After graduating from Mc Kenzie High School he went to pursue Law at President’s College for two years. But a lot changed during that period and by the time he graduated from PC, he had changed his mind about becoming a lawyer. The transition to President’s College was very difficult he explained, having to move away from his family to dwell with classmates. However, that experience taught him independence and discipline.

“When I left President’s College my mind was set on doing the Cadet Training Course, however, at the time it was unavailable and linden didn’t offer much employment opportunities, so I joined the Police Force as a Constable. With hopes of furthering my studies at the University of Guyana I decided to leave the Police Force to attend UG.”

Jafar has always been a student activist at UG. He liaised with a number of clubs and volunteer groups over the years. The most notable one was the Female Action Movement (FEM) which he assisted in marketing their events. Additionally, he started the Student Action Movement (SAM). He and other participants of SAM examine student issues with an aim to finding solutions.

Gibbons didn’t always want to run for the University of Guyana Students’ Society Presidency, however, he decided to run after consideration. He was confident he would have won the elections, because of the feedback he got from his team mates. Nevertheless, he was nervous, “I unable to eat during the entire week leading up to the Elections. Even though I expected it, when I got the news that I won, I was relieved and overjoyed at my success. I realised it was time for me to buckle up, having to now manage classes, work and the role of UGSS President.”

Since his tenure started, the UGSS President has commenced a number of activities to better student life on campus. The day after he was elected UGSS President he spoke with the Bus Association on campus and they agreed to take students up the East Coast from Turkeyen campus in the evening. His team’s most recent project is ‘Project Hotspot’ which seeks to purchase fans for all class rooms on campus.

“I implore you, not just as UGSS President, but a student as well, get more involved in student activities. Students are not involved enough. After we leave the University of Guyana, UGSS will still be here, is not my thing, it is not their thing, it is not your thing. It’s everyone’s concern”.

By the Public Relations Division, University of Guyana

Reprint permission must be requested from the Public Relations Officer, University of Guyana