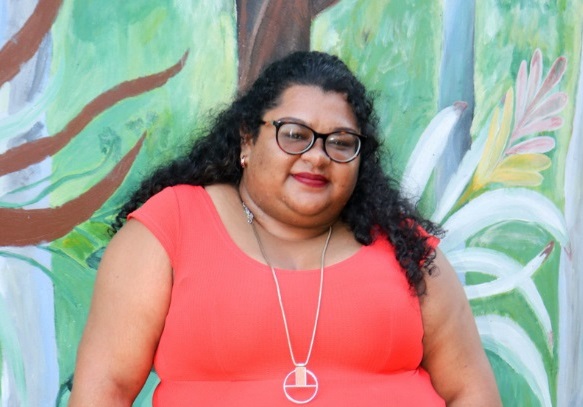 One should be focussed and have aspirations in life" Ms. Devta Ramroop, UGSS President

Ms Devta Ramroop is a final year student of The University of Guyana, Turkeyen campus, pursuing a Bachelor of Science Degree in Biology. She is also the current president of the University of Guyana Students’ Society (UGSS). She notes that the UGSS Presidency has tremendously contributed to her self-development. It has specifically helped to improve her leadership skills, “I have learnt a lot about the use of the appropriate strategy and approach to engage people.” She considers herself somewhat of a humanitarian and says her calling is to help people.

She was encouraged to run for the presidency by friends and UGSS colleagues from the previous year. Their encouragement she admitted, relit the burning desire to make the changes she wanted to see occur at UG, “I knew I had the experience so I wanted to apply it.” Admittedly, she was a little indecisive about running at first, “I only filled out my application and submitted it one hour before the submission deadline.”

Ms Ramroop describes herself as a determined, independent, and responsible person. Though a little quiet in the home environment, her family describes her as a loving character. They applaud her for being a great role model to her little sister. Her friends describe her as a humorous person (the life of the conversation).  She believes life should be fun “But I also believe that one should be focussed and have aspirations in life.”

In her leisure time, she enjoys debates, reading, karaoke, volunteering, being among nature, studying animal behaviour and spending time with family. Quite a list, she said “The more things I do, the more things I find the time to do.”

She explained that the position she currently holds as UGSS President requires dedication. Her charge to interested persons, is to take the challenge. “It creates opportunities to expand your knowledge base.  However, you have to campaign hard, work on a manifesto you believe you can achieve. Bearing in mind the issues of current students. You have to get out into the university community and meet students. Finally, be mindful not to make promises you cannot keep and be transparent”.

Her list of mentors evolves as she goes through different phases of her life. Among those mentors are former UGSS presidents Ron Glasgow and Norwell Hinds. She considers her mother Mrs Elizabeth Aziz her life role model and admires Professor Paloma Mohamed and Honourable Minister of Public Telecommunications, Catherine Hughes in a professional capacity.

During her tenure Ms Ramroop said she observed an increase in student development activities. UGSS has worked on constitution reform, instituted a performance based stipend system for representatives, increased social cohesion among faculties and campuses, increased the number of Berbice representatives, launched a new logo and brand building, collaborated with outside organisations to benefit student population, joined Free UG Movement, started a Biology Club in Berbice and created a Mash Band to bring more visibility to UGSS.

By the Public Relations Division, University of Guyana

Reprint permission must be requested from the Public Relations Officer, University of Guyana